5 Fantastic Featured Actor in a Musical Clips From The 2020 Tony Award Nominees! 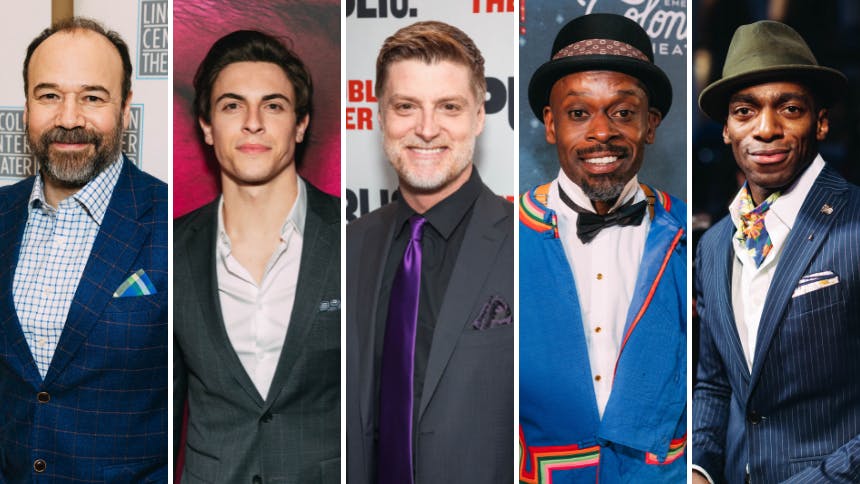 The Tony Awards are this Sunday!

To review, for the first two hours starting at 7pm ET head over to Paramount+ to watch historic Tony Award winner the magnificent Audra McDonald host The 74th Annual Tony Awards which will bestow awards in a majority of the categories. At 9pm, click over to CBS as debonaire Tony Award winner Leslie Odom, Jr. airs The Tony Awards Present: Broadway's Back! The amount of stars that will be on your screens this Sunday is an absolute constellation. We're talking Lin-Manuel Miranda, Idina Menzel, Ben Platt, Kristin Chenoweth, Chita Rivera, Jake Gyllenhaal - and that is only a half dozen of the stars set to appear.

We are highlighting the Best Performance by an Actor in a Featured Role in a Musical race this Wednesday. Past winners have included Hadestown's André De Shields, The Band's Visit's Ari'el Stachel, Hello, Dolly!'s Gavin Creel, and Hamilton's Daveed Diggs in recent years. This year's race includes an exciting array of performers that made us want to leap out of our seat for joy, break our heart in a story's challenging moments, inspire with the moving delivery of their words and even can-can.

Here's a refresher of the performances nominated for Best Performance by an Actor in a Featured Role in a Musical for the 2020 Tony Awards!


Danny Burstein as Harold Zidler in Moulin Rouge! The Musical


Sahr Ngaujah as Toulouse-Lautrec in Moulin Rouge! The Musical