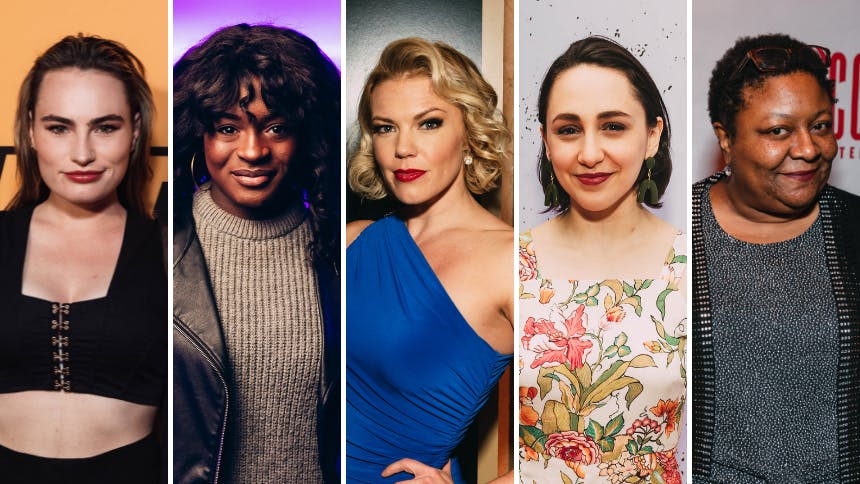 The Tony Awards are days away!

To review, for the first two hours starting at 7pm ET head over to Paramount+ to watch historic Tony Award winner the magnificent Audra McDonald host The 74th Annual Tony Awards which will bestow awards in a majority of the categories. At 9pm, click over to CBS as debonaire Tony Award winner Leslie Odom, Jr. airs The Tony Awards Present: Broadway's Back! The amount of stars that will be on your screens this Sunday is an absolute constellation. We're talking Lin-Manuel Miranda, Idina Menzel, Ben Platt, Kristin Chenoweth, Chita Rivera, Jake Gyllenhaal - and that is only a half dozen of the stars set to appear.

We would like to take this afternoon to celebrate the outstanding actresses nominated for Best Performance by an Actress in a Featured Role in a Musical. Past winners have included Oklahoma!'s Ali Stroker, Carousel's Lindsay Mendez, Dear Evan Hansen's Rachel Bay Jones, and Hamilton's Renée Elise Goldsberry in recent years. This year's race includes a moving group of performers that made us laugh, cry, sing along, dance along and jump to our feet after stellar numbers.

Here's a refresher of the nominees for Best Performance by an Actress in a Featured Role in a Musical for the 2020 Tony Awards!


Robyn Hurder as Nini in Moulin Rouge! The Musical