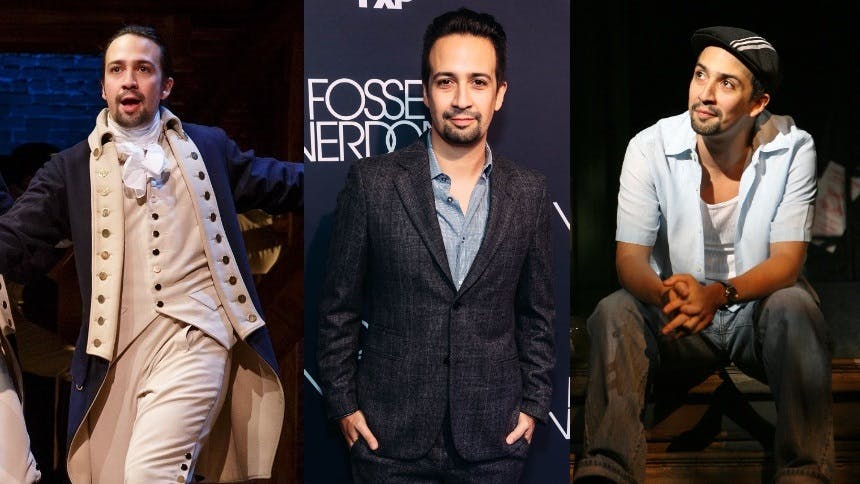 "What You Own" from RENT (Lin-Manuel Miranda and Adam Pascal)


Ulterior Motives: It is the birthday of Mr. Lin-Manuel Miranda. Aside from being an outstanding award-winning composer, the dyanmic Miranda has appeared on Broadway as Usnavi in In The Heights and Alexander Hamilton in Hamilton. Following his New York City Center appearance as Charlie Kringas in Merrily We Roll Along, he returned to play Jonathan in tick, tick Boom! written by the late, great Jonathan Larson of RENT fame. In the words of RENT's Mark Cohen in our Hot Clip of the Day, Lin-Manuel Miranda "needs to finish my own film!" and will be making his directorial debut on the film adaptation of tick, tick... Boom on Netflix starring Andrew Garfield.

Ultimate 🙌 🙌 moment: We love a full circle moment. Whether it be Lin-Manuel writing Hamilton, Andrew Garfield singing it and then Lin-Manuel directing Andrew in tick, tick... Boom written by Jonathan Larson who also wrote Rent. We decided to play a few less degrees of separation and found this fabulous clip of Lin-Manuel dueting with original Broadway Roger himself, Adam Pascal. You need to watch Alex Lacamoire during this whole clip because his joy is off the charts. Our ultimate moment is absolutely 2:21. There's an unmatched energy to that specific stanza that is magic. Happy birthday Lin-Manuel. We can't wait to see what comes next!

Newer
"Unfettered and Unbound" Top 15 Ultimate Countdown of "Get Out And Stay Out" Perfs from 9 To 5
Older
You, You, You Oughta Hear These 6 Radio Worthy Covers by Jagged Little Pill's Lauren Patten
Sign up for BroadwayBox Discount Alerts