Hot Clip of the Day: An East Wing Cabinet Battle with HAMILTON 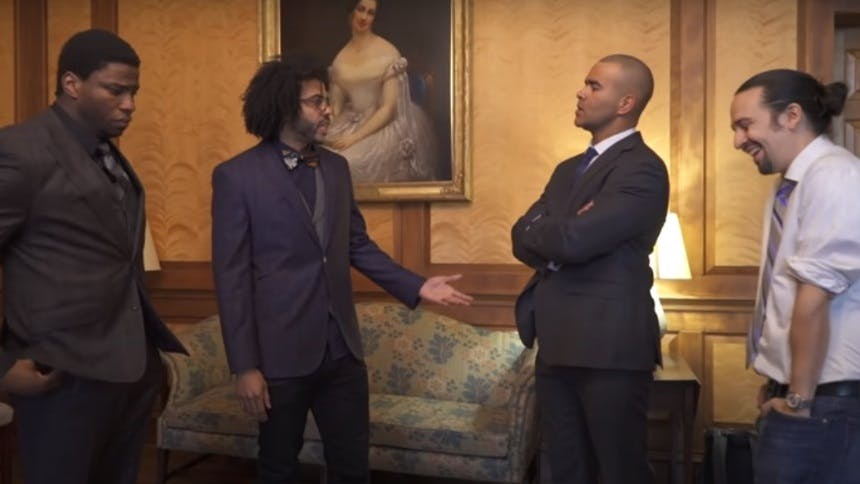 
Ulterior Motives: #HamilWeek continues with clips celebrating Hamilton's premiere on Disney+. In 2016, the Broadway cast performed at The White House and decided to perform a Hamilton moment a la NBC's famed television show, "The West Wing." The fabulous four took a cabinet battle to the East Wing for this epic performance.

Ultimate 🙌 🙌 moment: The acting is on point! Even the filming is award worthy. Our star in this clip is Chris Jackson. With his commanding performance as George Washington beginning at 2:23, we feel like we're watching a limited political television series. Applause all around to all four for making this a special moment in #HamilHistory.

Newer
Transformation Tunesday: "Alexander Hamilton" Is Not Throwing Away His Shot
Older
Going on a Choreo Spiral with The "Non-Stop" 3 Time Tony Winning Andy Blankenbuehler
Sign up for BroadwayBox Discount Alerts