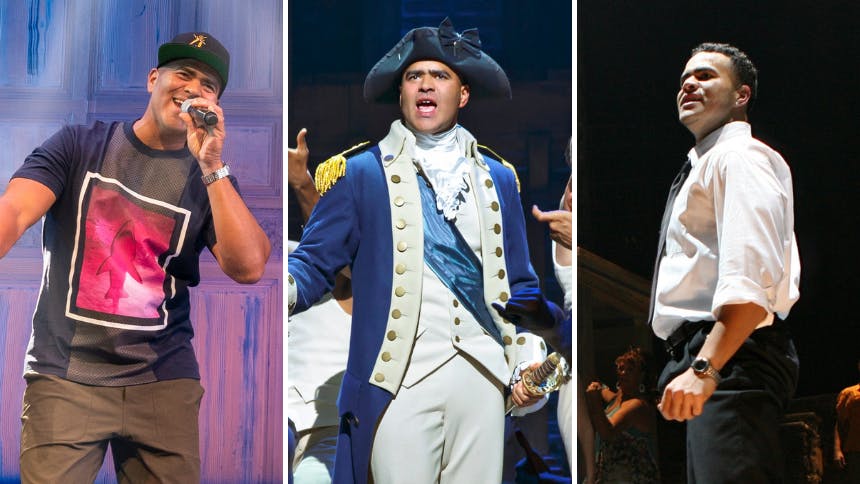 Check one, two, three! It's Tony Award Nominee Christopher Jackson's birthday and we'd like to mention his awesome Broadway resume!

The Hamilton Grammy winner made his Broadway debut in The Lion King moving from the ensemble to stepping into the role of Simba. Following his turn in The Lion King, he was on the Rosarios' dispatch as Benny in the Tony Award winning In The Heights. What followed was a variety of Broadway productions from playing Derek Jeter to the first President of the United States.

Let's review and Christopher Jackson - happy birthday to you!


Benny in In The Heights


Vertus in Holler If Ya Hear Me


C-Jack, one of the Founding Members of Freestyle Love Supreme