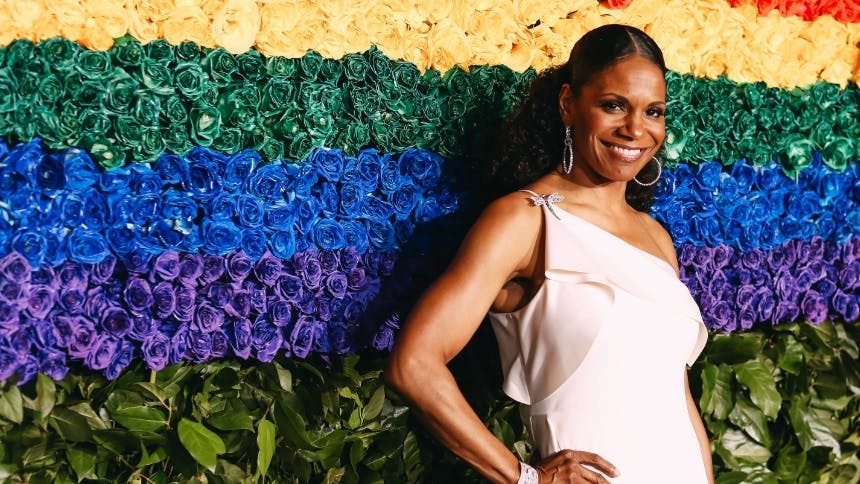 "Climb Ev'ry Mountain" from The Sound of Music (Audra McDonald)


Ulterior Motives: Rodgers and Hammerstein's beloved Broadway musical The Sound of Music opened on Broadway on November 16, 1959. The show ran for nearly three years at the Lunt Fontanne Theatre before moving to the Mark Hellinger Theatre for its remaining six months. The Sound of Music went on to win five 1960 Tony Awards including its historic tie for Best Musical with political themed show Fiorello beating out Once Upon A Mattress, Take Me Along and wait for it - Gypsy! Mary Martin won for Best Actress for her portrayal of Maria Von Trapp over Ethel Merman's Mama Rose.

The musical, boasting a score featuring memorable songs as the title number, "Edelweiss" and this Act 1 Finale "Climb Ev'ry Mountain" sung by Mother Abbess to Maria trying to choose between taking her vows to become a nun or fall in love with Captain Von Trapp, widowed father of the children she is governess for in Austria. The recent television adaptation starring Carrie Underwood as Maria Von Trapp also starred the luminous Audra McDonald in the role of Mother Abbess where she performed this classic.

Ultimate 🙌 🙌 moment: There is a reason why Audra is so admired and a record Tony Award winner. Head on over to 2:25 through to the end for her absolute brilliance.

Newer
7 of "Gussie's Opening Number"s from Sondheim/Furth's Merrily We Roll Along
Older
Hot Clip of the Day: It's Time To Meet The "Neighbors"! Broadway's Sharrod Williams Creates, Writes & Stars in New Webseries