12 Live Ben Platt Tunes Ahead of Radio City Netflix Concert Out May 20! 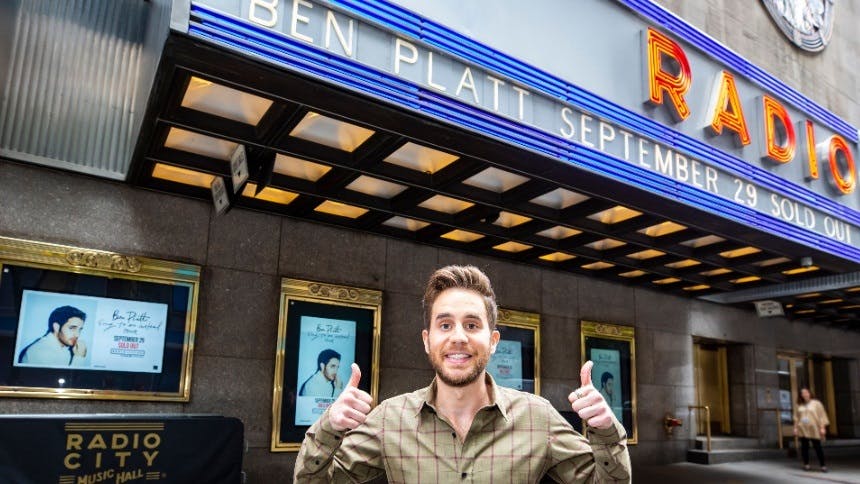 Words fail! Get your calendar and put a big smiley face on May 20th.


Ben Platt, one of our multi-talented Broadway superstars most popularly from Dear Evan Hansen, has a big concert film premiering on Netflix May 20th. The concert was held at one of America's and New York City's most hallowed landmarks - Radio City Music Hall. Cameras captured his powerful September 29, 2019 sold-out concert. This special film is bound to remind us of that marvelous feeling of walking into the glamorous Radio City and settling in to those velvet seats for an unforgettable show.

The concert will feature songs from his critically praised debut album "Sing to Me Instead." We have even sweeter news that a deluxe edition of this album is being released including tracks from this extraordinary night at Radio City. Fans can find this fantastic deluxe version where you stream or digitally purchase your music on the same day - May 20th. We told you! Mark May 20th with a big smiley face!

To get in the spirit of seeing what is sure to be an electric concert, we are rounding up live versions from each track of Ben's debut album "Sing to Me Instead." You have eight days to learn all the lyrics to singalong at home!

May 20th. Ben Platt Live at Radio City Music Hall. Netflix. Be there or be square!