Hot Clip of the Day: How to Succeed Wishing Nick Jonas a Happy Birthday 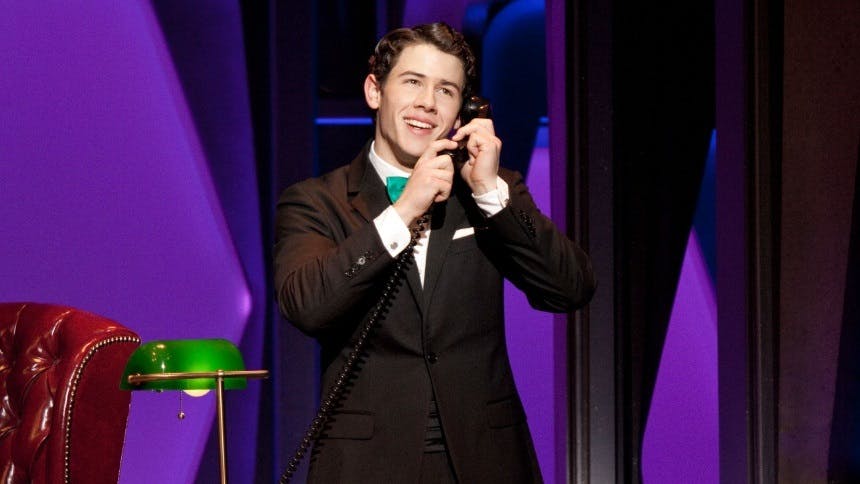 
Ulterior Motives: You may not need a reminder but - "Remember This," Nick Jonas is a Broadway vet and September 16th is his birthday! As a child, the pop superstar appeared in Les Misérables, Beauty and the Beast, and the revivals of The Sound of Music and Annie Get Your Gun. He's been swoon-worthy as Link Larkin in Hairspray at the Hollywood Bowl and even returned to his Les Misérables roots in the legendary 25th Anniversary Concert at London's O2 Arena. For nearly five months at the beginning of 2012, Nick returned to Broadway to star as J. Pierrepont Finch in the revival of How to Succeed in Business Without Really Trying succeeding in a line of the revival's leading men: original cast member Daniel Radcliffe followed by Darren Criss. Next up for Nick is a new television musical adaptation of the beloved Broadway show Jersey Boys portraying Frankie Valli

Ultimate 🙌 🙌 moment: Can we talk about the joy packed into this minute and a half clip?! The Rob Ashford choreography alone - we see you 0:17 - 0:23! Yes we love hearing Nick on the his awesome albums but we also love to see him taking the Broadway stage. That knee spin 0:43 seconds in! P.S. don't forget they released a 5 song EP of Nick performing songs from the musical Songs from How to Succeed in Business Without Really Trying. Our ultimate moment though of this clip goes to 1:00 - 1:08 where he brings the song home with the talented triple threat of a cast. Happy Birthday Nick - hope to see back on Broadway soon!