Hot Clip of the Day: Happy Idina Menzel Belting AIDA's "My Strongest Suit" Anniversary To One And All! 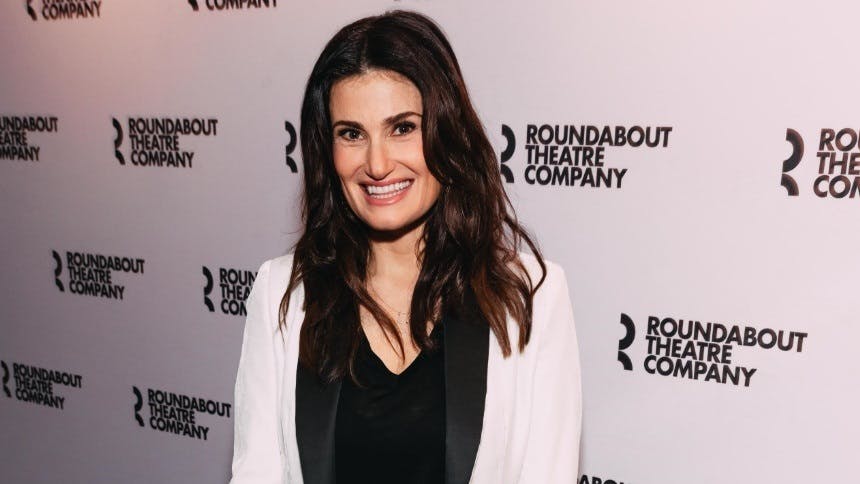 
Ulterior Motives: Before she defied gravity as Elphaba but after she was "The Life of the Party" as Kate in Lippa's The Wild Party and went "Over The Moon" originating the role of Maureen in Rent, Idina Menzel took the stage on September 9, 2001 at Broadway on Broadway in Times Square to deliver a performance from her next Broadway role, Amneris in AIDA. Bedazzling in a cerulean top, that Sunday afternoon Idina joined the talented company of AIDA to perform Amneris' fierce as heck showstopper "My Strongest Suit." The outdoor concert included performances by a number of Broadway shows including Annie Golden from The Full Monty, Brad Oscar from The Producers, Terrence Mann from The Rocky Horror Show and the late great Rebecca Luker in The Music Man. Two days following this Broadway celebration in the heart of Times Square, the attacks of 9/11 occurred bringing New York City and Broadway to a standstill following this tragic national event. Broadway's shows returned on Thursday September 13th and that is when Idina made her Palace Theatre debut with the thrilling Elton John/Tim Rice opening number "Every Story Is a Love Story."

Ultimate 🙌 🙌 moment: We need to break down this iconic performance. Idina looks like she is having an absolute ball. 1:57 - 2:03, the wave, the "hi" with a laugh followed by a hair flip? The extra "WOO!"'s throughout the performance serving music superstar vibes. Pure joy. How about the combination of the fierce vocals on "I am anything but normal - for dress has always been my strongest suit"!? We live for this rock star moment. Our ultimate moment though goes to the subtle 1:08 - 1:14. It is such a small moment but it is the perfect example of Idina's brilliance. It's the signature line delivery, it's the vocal drop of "checked", it's the smile and the hair flip. She is an absolute superstar!