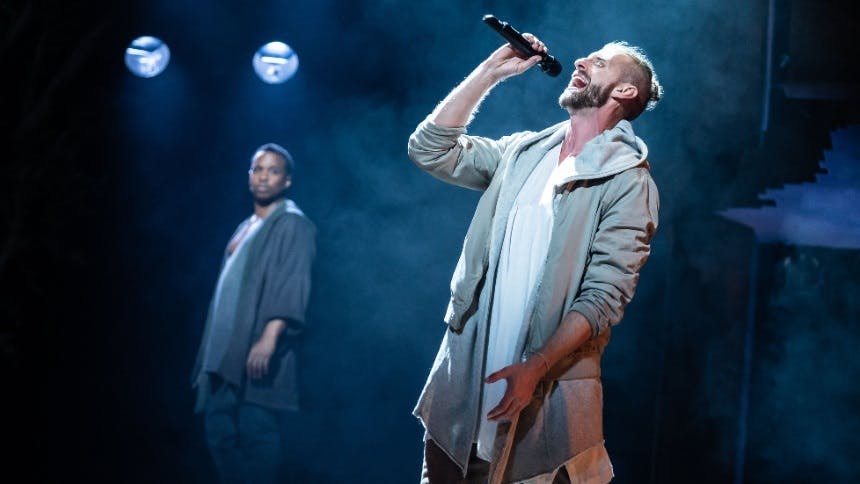 
Ulterior Motives: The 50th anniversary tour of Andrew Lloyd Webber's Jesus Christ Superstar has begun! Don't miss it in a city near you! The tour, based on the Olivier winning production, stars Aaron Lavigne as Jesus and you must hear his take on the Act Two showstopper "Gethsemane" as it is incredible. Our friends at Broadway Profiles (now called The Broadway Show) have a Show Spotlight hosted by Tamsen Fadal to learn more about the tour and its talented cast!

Ultimate 🙌 🙌 moment: Aaron joins quite a roster of performers who have played Jesus in Jesus Christ Superstar in the five decades of the musical phenomenon. His delivery in the first part of the song is so introspective delivered with an awesome voice you could absolutely hear on the radio singing any number of current pop hits. The big build of the song at 2:02, Aaron delivers the lyrics with such power. The incredible rasp at 2:36, radio star - that's our ultimate moment!