Crowd Me With Love! Our Ultimate Top 20 "Being Alive" Countdown From Stephen Sondheim's Company 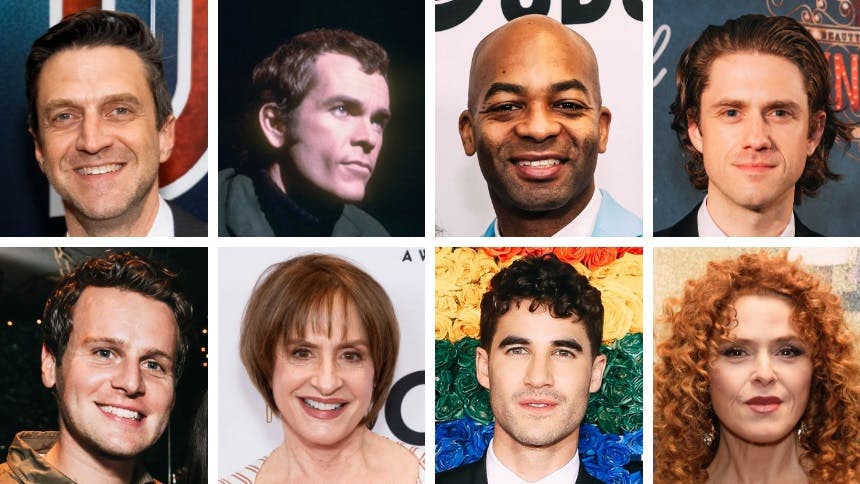 At the Alvin Theatre on April 26, 1970, the name Bobby became not only a powerhouse role in musical theatre history but also a lush orchestral "overture" and exclamation by Manhattan couples in Stephen Sondheim and George Furth's musical Company.

Broadway audiences met vibrantly, unique couples, each character hilarious, charismatic, and at times zany in their own way - not to mention the three singles Bobby is pursuing that confess he could drive a person crazy. At the end of the musical comedy comes a Sondheim anthem that has been covered by Broadway's absolute finest, "Being Alive." After considering marriage or staying single on the eve of his 35th birthday, Bobby expresses himself through this sensational song.

On the anniversary of the musical's opening night, it seems like no better time than the present to run our all time ultimate YouTube countdown of our favorite performances of Stephen Sondheim's "Being Alive" from Company


We have to shout out this gorgeous Jonathan Tunick arranged performance of the song from Broadway's Putting It Together in 1999. Ruthie's entire vocal line but especially at 0:49 - 1:00 is ::chef's kiss:: This number is so lovely.


What a voice! Julian puts this stunning old school crooner quality to the Sondheim tune. He really takes off with that clap at 3:09. That magnificent orchestra too is beautiful.


Remember when we all dropped everything when we heard Adam Driver was singing Sondheim in his Netflix film Marriage Story? Here's why. Adam not only so authentically performs the number (and the rest of COMPANY's characters' lines) in the film that it still is wowing us. Act.Ing.


Put it on the radio! Darren has made this Sondheim standard so contemporary. 4:50 through to the end is so fabulous! The man can sing Disney, he can sing pop and wow can he sing Broadway.


Adrian led the 1996 Donmar Warehouse production and his performance is so remarkable. The acting beats are so heartwrenching. 2:20 - 3:12 is so intimate like audiences were given such a private view into his inner monologue. Miraculous.


Barbra Streisand can act a song like no other. We're here for the saxophone and this arrangement too. Any opportunity to hear this beloved megastar sing Sondheim we'll jump! We love her riff on the melody with those final measures. This performance is out of this world.


How we wish we had the whole performance to watch! Larry, the original Tony in West Side Story, replaced Dean Jones in the original Broadway production. There's something so special about his Golden Age Broadway sound and the booming finale of the song.


Wow, wow, wow this is breathtaking! Bobby singing Bobby! We love the realizations throughout the song, the acting choices are fantastic. Bobby's voice sounds so phenomenal. Wait until you get to the end supported by that excellent orchestra! Wow, we have to go rewatch this right now.


His "Marry Me A Little" would be oustanding too. 1:10 is so sweet and so signature Groff who can so effortlessly convey those heartwrenching emotions. We love his confidence at 2:00 through to the end. That's the visible breakthrough. The last time he sings "Being Alive?" Superstar.


Cheers to the pianist for playing the entire company. Aaron's inner monologue as Bobby must be so fascinating. Our favorite moment is 2:31 where it feels like he's having a breakthrough - it's so special. Not to mention he sounds incredible. We see you "be there" at 4:06.


The original Bobbi in the new Marianne Elliott directed revival that first appeared in London's West End. Rosalie's performance is so sincere. By 2:48 - it's at a whole new level. We love this perspective and we love this performance. That final "being alive" from her too! Wow!


We're still in awe. Ben's acting from the JUMP and the legit vocals that absolutely soar through the signature Sondheim song - that's a star. Ben lets audiences into the world of the song so elegantly and that voice! Push play immediately.


From that very first "stop!" - wow. Neil's honest acting choices were divine. We loved this whole production which screamed 1970's New York City like the original. 3:09. So intimately making a wish. Come on - we live!


Of course Broadway personified Bernadette Peters and one of Sondheim's greatest song interpreters was going to land high on our list. What is often such a big, booming anthem - only Bernadette could find delicate moments like she did at 1:30. Oh how we love this breathtaking performance.


This performance. Brandon's voice is like silk! We are totally mesmerized. Brandon delivered such a personal performance. We can't even talk about the magic that happens at 2:33. A KEY CHANGE. He deserves a standing ovation everytime he sings that higher note on "be of be there." We completely lost our minds at 3:18 that we screamed at our computer (and we won't spoil the surprise). Brandon Victor Dixon is a superstar.


Category is, Lyrical LuPone. This performance is absolutely legendary, iconic, magic, we need more adjectives. Patti's interpretation is other worldly. That voice, the way she so authentically delivers the lyrics. For a musical theatre masterclass, hit play and then repeat on 2:08 through to the end. She even serves an Evita arm at the end!


This raw, electric performance AND on the piano? We think about this performance at least once a week. Raúl's Bobby was absolutely extraordinary. The entire production screams Manhattan by the way. Come on with 6:05-6:19 to the end. Absolute total goosebumps. Raúl is astounding.


"That's the flower bursting" as Stephen Sondheim said himself. Broadway fans know the story. Jones himself was going through a divorce during the time and left the production only a few weeks after opening night on May 28, 1970. The way that the rest of the cast watches in awe of him during the final verses of the song. Dean is serving an entire historical musical theatre acting performance in this little recording studio. 4:10 through to the end backed by that magnificent orchestra - it is the ultimate. The weight of that pin drop silence at the end of the song says everything.