Hot Clip of the Day: NPH's Birthday Calls For This Sugar Sweet Perf! 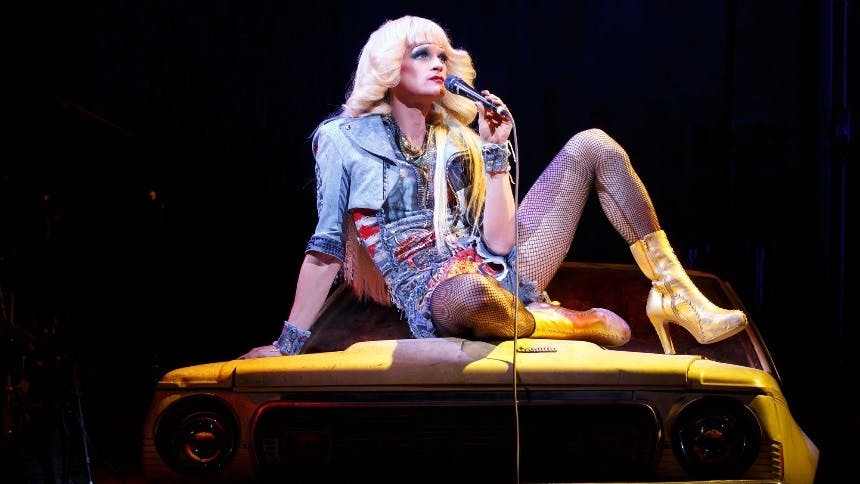 
Ulterior Motives: Happy Birthday to Broadway star, film star, TV star, beloved award show host and even fantastic magician Neil Patrick Harris! Neil has made stellar appearances on Broadway as the Emcee in the Cabaret revival, The Balladeer in the Assassins revival, Hal in the play Proof and even rocking out across the country as Mark Cohen in Rent. It was in 2014 when Neil won his first Tony Award for Best Actor in a Musical for his spectacular run as the title character in Hedwig and the Angry Inch. The John Cameron Mitchell/Stephen Trask musical hit Broadway for the first time with Neil shining like the brightest star from start to finish in Hedwig's high heeled gold boots.

Ultimate 🙌 🙌 moment: Yes Neil Patrick Harris "carwashed" someone on national television. Our ultimate moment has to be 1:51 when Neil descends upon the audience. Hedwig visits Samuel L. Jackson, Sting, Kevin Bacon, and even Neil's hubby David Burtka. Happy birthday Neil, we can't wait to see what you do next!

Newer
#KeepSharingTheMic 's Broadway Edition is Turning The Volume Up On Broadway's Best
Older
Hot Clip of the Day: Has Zoe Been Found for the Dear Evan Hansen Film?