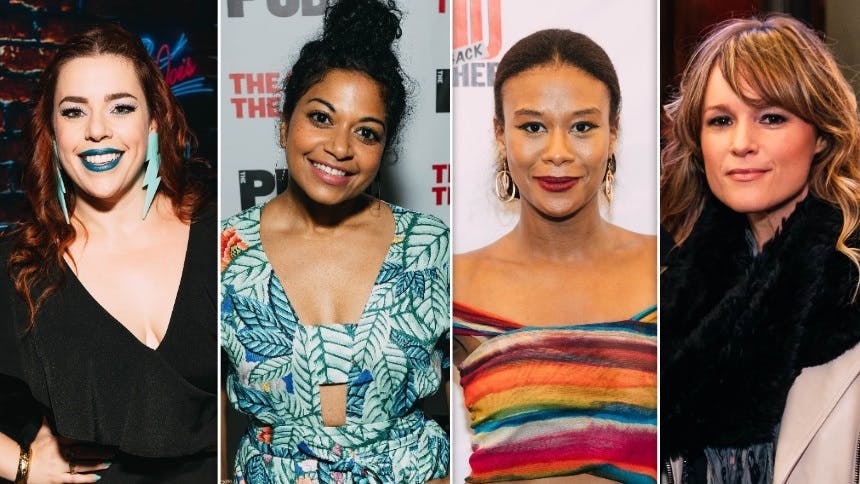 
Ulterior Motives: We are revisiting one of our very favorite superwomen Broadway performances by these sensational six ladies. The song "Letterbomb" appeared in the full-throttle Broadway musical American Idiot, directed by Michael Mayer. The electric musical, which opened on April 20, 2010 at Broadway's St. James Theatre, revolved around the 7th Green Day album of the same name with an out of this world cast playing characters mentioned in the album including Whatsername, St. Jimmy and The Extraordinary Girl. Towards the end of the show Whatsername, portrayed by Rebecca Naomi Jones, leads this extraordinary group of women in the thrilling Green Day number featuring amazing Tom Kitt orchestrations and Steven Hoggett choreography.

Ultimate 🙌 🙌 moment: At the height of this musical, Whatsername belts this thrilling number. It is a battle cry. Whatsername leaves Johnny after trying to help him break from the hypnotic St. Jimmy. These orchestrations are absolutely killer. Please watch one of our favorite Broadway superstars Alysha Umphress at 0:54 - 1:01 who is serving an entire inner monologue with her looks to camera. Rebecca is 100% a rock star leading the rest of the cast through this number and completely mesmerizing. The moment that gives us goosebumps each time is one single word that is echoed so gorgeously it sounds like a singular voice until Rebecca brings it to the next level at the end. Have a listen to 2:47 - 2:55.