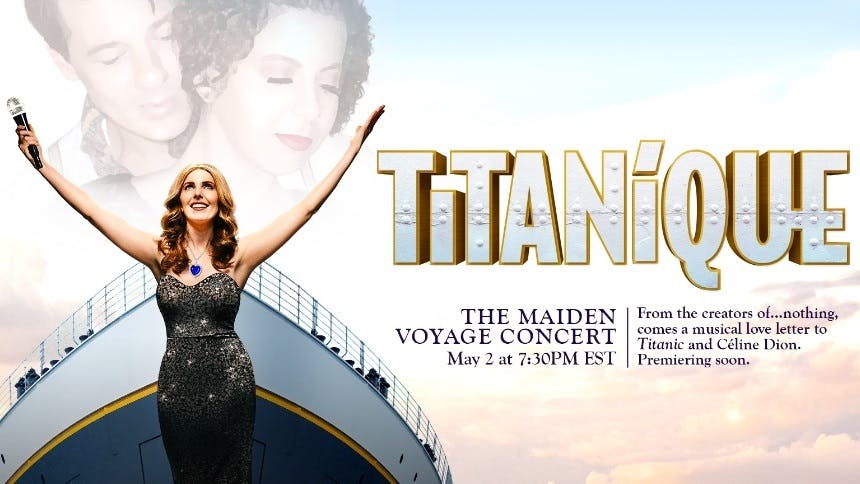 "My Heart will Go On" from Titanique (Marla Mindelle)


Ulterior Motives: What do you say to immediately purchasing a ticket to Titanique: The Maiden Voyage Concert a live virtual show on May 2! According to the show's synopsis, their "story begins when Céline Dion hijacks a Titanic Museum tour and enchants the audience with her totally wild take, recharting the course of Titanic's beloved moments and characters with her iconic song catalog." This musical adaptation was written by Sister Act's Marla Mindelle (who plays the Canadian vocal superstar Dion) and Cruel Intentions' Constantine Rousouli who portrays hearthrob Jack Dawson. The cast is full of Broadway vets including Alex Ellis as Rose, Frankie Grande as Victor Garber, Kathy Deitch as Molly Brown and John Riddle as Cal.

Ultimate 🙌 🙌 moment: Watching the trailer, audiences are bound to be treated to a lot of laugh out loud moments. After watching the trailer a few times, our ultimate moment has to be the hilarity that is happening at 0:24 - 0:26. We've honestly watched this section a few times because we don't know who to focus on within the liveliness. Honorable mention goes to Jack Dawson's portrait reveal at 0:34 which is rich.