Broadway A to Z

Stephen Sondheim A to Z : The ABC's Of Sondheim from Anyone Can Whistle to Zero Mostel 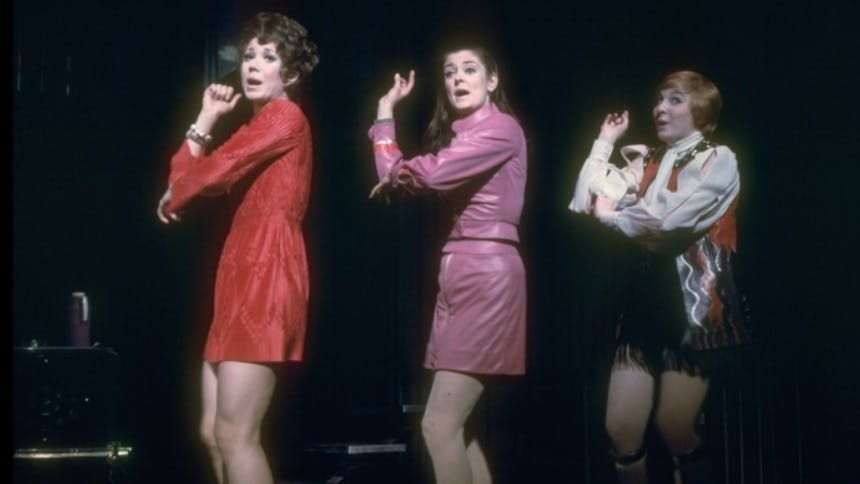 The remarkable musical theatre composer has won 8 Tony Awards plus a Lifetime Achievement Tony in 2008. In 1985 with James Lapine, Sondheim won The Pulitzer Prize for Drama for the beautiful musical Sunday in the Park With George. His decades long career as a lyricist and composer has gifted Broadway with musicals including Company, Follies, Into The Woods, Gypsy, Sweeney Todd and West Side Story only to name a few! He also has a gorgeous Broadway theatre named after him on West 43rd Street.

In honor of the great Stephen Sondheim's birthday, we decided to travel the A to Z's of the composer. Happy Birthday Mr. Sondheim. "Anything you do, let it come from you, then it will be new. Give us more to see."

B: Bernadette Peters and Mandy Patinkin in Sunday in the Park with George

D: "Do I Hear A Waltz?" from Putting It Together

H: "Have I Got A Girl For You" from Company

I: Into The Woods

J: June and Louise's Gypsy duet "If Momma Was Married"

K: "Kiss Me" from Sweeney Todd

M: Meryl Streep in Into The Woods

N: "Now You Know" from Merrily We Roll Along

O: "On The Steps of the Palace" from Into The Woods

Q: "Quintet" from West Side Story

R: Ruthie Henshall in Broadway's Putting It Together

S: "Someone In A Tree" from Pacific Overtures

T: "Take Me To The World" from Evening Primrose

U: "Unworthy Of Your Love" from Assassins

Y: "You Could Drive A Person Crazy" from Company

Z: Zero Mostel in A Funny Thing Happened On The Way To The Forum