Hot Clip of the Day: Let Us Share This "Whole New World" with Jesse Tyler Ferguson & Jonathan Groff With You 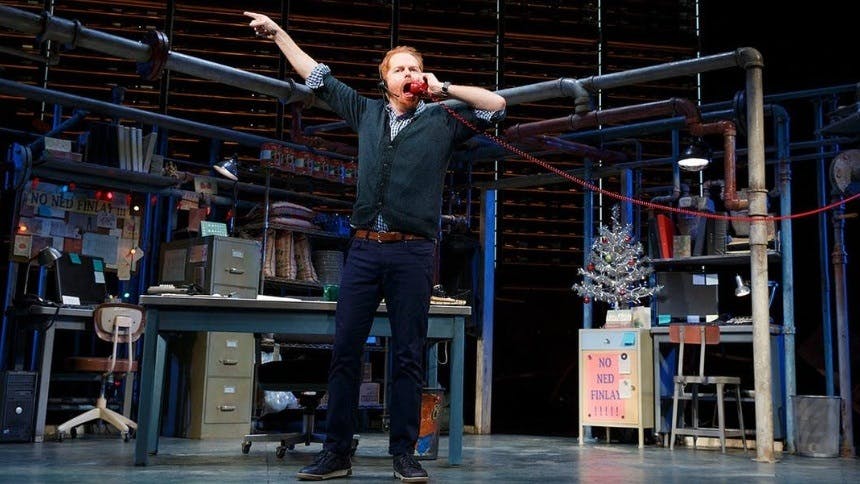 
Ulterior Motives: Happy Birthday to Broadway and Television funny man, Jesse Tyler Ferguson. The two time Drama Desk Award winner and five time Primetime Emmy Award nominee was beloved by so many over 11 seasons as Mitchell Pritchett in ABC's award winning sitcom Modern Family. Broadway audiences were introduced to him as Chip, one of the starring trio of sailors in On The Town followed by memorable speller Leaf Coneybear in The 25th Annual Putnam County Spelling Bee. Jesse went on to conquer the incredible solo play Fully Committed and was set to appear in the forthcoming Second Stage Broadway revival of Take Me Out. Jesse is also quite the Shakespearean actor entertaining The Public Theater's Shakespeare in the Park audiences at Central Park's Delacorte Theatre in The Tempest, The Comedy of Errors, The Winter's Tale, The Merchant of Venice and A Midsummer Night's Dream.

Ultimate 🙌 🙌 moment: We stopped in our tracks when we were searching for a fun clip for Jesse's birthday. Dueting with Broadway star and Frozen's Kristoff Jonathan Groff on another Disney classic seemed appropriate. 1:13 is our ultimate moment. Sing it, Jesse (and Happy Birthday!)