A Toast To The Incredible Patti LuPone! 12 Clips Of The Star's West End Appearances Fit For Royalty! 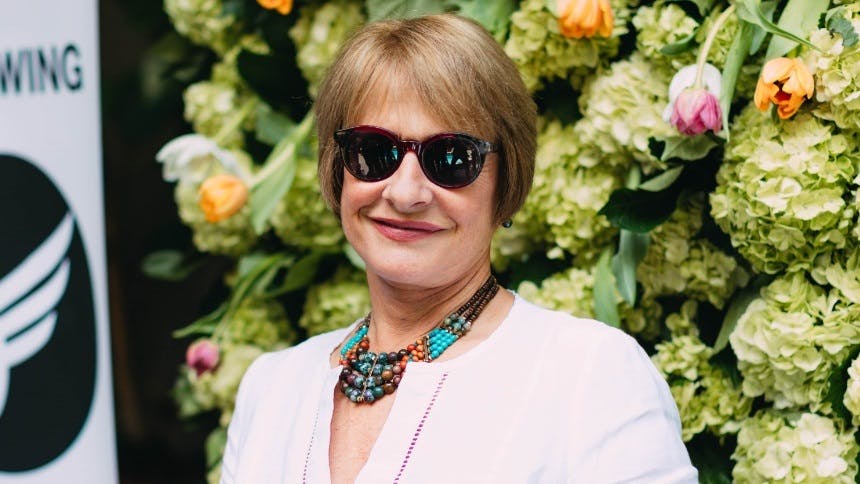 April 21st is a musical theatre national holiday - the birth of the most marvelous, Patti LuPone.

Patti has continued to grace stages on Broadway, Off-Broadway and around the world (not to mention those legendary basement tours on Twitter!).

Want to talk about coincidences? Do you know who also shares a birthday with Ms. LuPone? Her Royal Highness, The Queen of England - Queen Elizabeth. Coincidence? We think not! Patti's regal performances are an absolutely gift and fit for royalty! We could go on and on about her exquisite performances in Evita, War Paint, Women on the Verge of a Nervous Breakdown and a plethora of others - but we want to focus on her miraculous work on London's West End. The four times that she has appeared there, she has won the distinguished Olivier Award twice - in 1985 for two of her roles!


If you haven't yet, you have to watch this amazing episode of the 2013 webseries her son Joshua filmed and edited Entrances, Exits, & Everything in Between with Patti LuPone. It's a half hour of fabulousness with Patti and her family in London.


Let's have a video walk through Patti's West End resume to celebrate her beautiful birthday!


Patti made her West End debut in Cradle Will Rock in 1985 following the show's run Off-Broadway with The Acting Company. She won her first Best Actress in a Musical Olivier in her role as Moll and for her next role of Fantine in the same year!


"Nickel Under the Foot"

The same year, 1985, Patti originated the heartbreaking role of Fantine in Les Misérables in the West End. Her "I Dreamed A Dream" is absolutely beyond.

"I Dreamed A Dream"

In 1993, Patti originated the role of Norma Desmond in Sunset Boulevard. For the full story of her time in Sunset, we recommend picking up her book Patti LuPone: A Memoir at your earliest convenience.

"As If We Never Said Goodbye"

Patti's most recent Broadway role, which we so anticipate its Broadway return, is of Joanne in Company - a role she won the Best Actress in a Supporting Role Olivier Award for in 2019 following her return to the West End after 26 years.


"Company" (with the Broadway Cast)


"The Ladies Who Lunch"


We'd like to propose a toast, Happy Birthday Patti!