Happy Anniversary Broadway A to Z 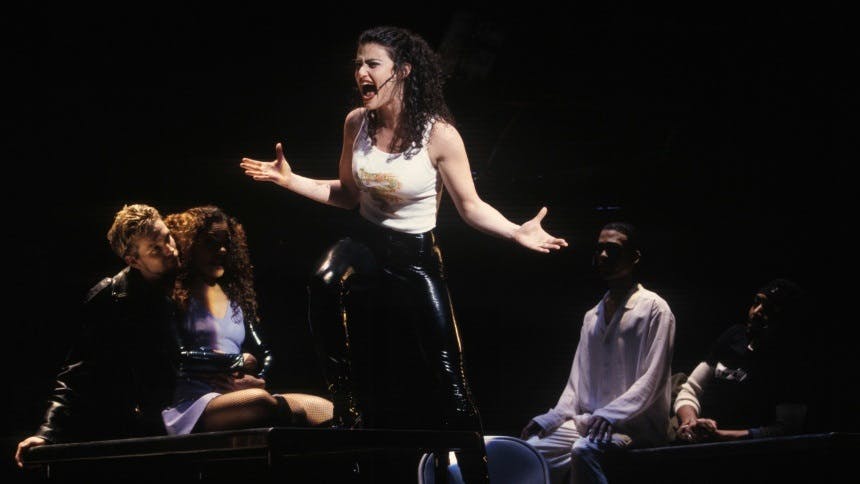 Broadway was revolutionized 25 years ago tonight when the original Broadway cast of Rent took to the Nederlander Theatre stage. Directed by Michael Grief, the cast was led by Anthony Rapp, Adam Pascal, Daphne Rubin-Vega, Idina Menzel, Fredi Walker-Browne, Jesse L. Martin, Taye Diggs and Wilson Jermaine Heredia. The electrifying score by the late Jonathan Larson, who the theatre community suddenly lost during the show's 1996 Off-Broadway run at New York Theatre Workshop, made Broadway standards of "Seasons Of Love," "Take Me or Leave Me," and "Out Tonight" among so many others.

The rock opera following a community of friends living in New York City's East Village went on to win 4 Tony Awards, 6 Drama Desk Awards and the distinguished Pulitzer Prize for Drama. There was a 2005 reuniting a portion of the original Broadway Cast, a filmed adaptation of the Broadway production's clsoing clast in 2008 and most recently a live telecast on FOX in 2017.

How do you measure 25 years in the life of Rent? How about our A - Z series and we'll do our best to recreate the incredible Gwen Stewart's outstanding "Seasons of Love" solo while going through it?