Act One Finales: 15 Powerful "I Am What I Am"'s from Jerry Herman's Breathtaking La Cage aux Folles 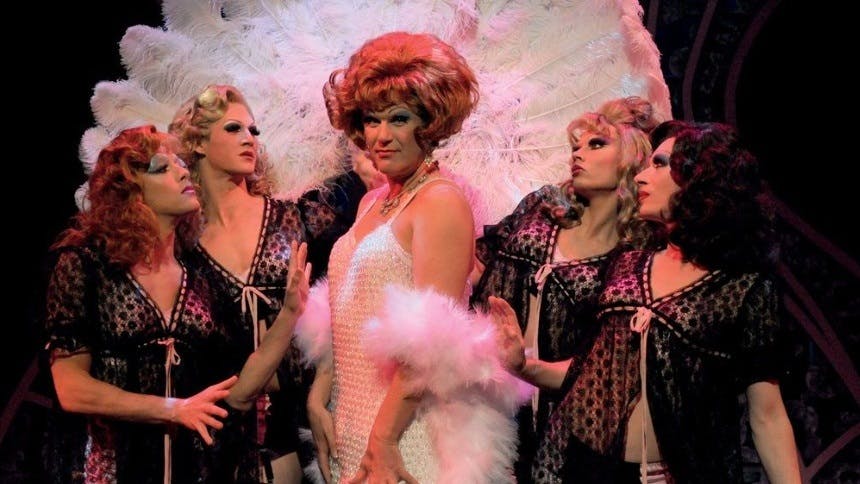 We love a big Broadway Act One Finale and it's time to spiral with our marvelous "Act One Finales" series here at BroadwayBox! You might find performances from productions, your favorite cabaret venue, benefits, you name it! We want to celebrate those incredible numbers that leave you breathlesssly wanting more right before the intermission lights come up.

Act One Finale: "I Am What I Am" from La Cage aux Folles, by Jerry Herman/p>

Jerry Herman wrote such an inspiring tune to close out the first act of his critically acclaimed musical La Cage Aux Folles. The spectacular musical is set in St. Tropez where we meet gay couple Georges and Albin. Throughout the first act, audiences learn that Georges is struggling with his engaged son Jean-Michel who would like to introduce his love Anne's conservative family to his own father but not Albin who is a drag queen star. This song is Albin's heartfelt and honest response to Georges.

There were so many marvelous covers to select that we included as many as we could - each performance so powerful and unique. We must quote the late Gary Beach who played Albin in the first Broadway revival of the show when describing this song at a Jerry Herman benefit. "1983. August. New York City. The stage of the Palace Theatre. The leading man, Mr. George Hearn walked downstage center - oh I forgot to say, he was wearing a wig, an evening gown and heels. He sang a song that by the end of the song, it wasn't just a song anymore - it was an anthem."


The first Broadway revival Albin from 2004 - that speech before...


The cover starts out legit and then SURPRISE! Disco fantastic!


The West End and Doctor Who star delivers a stirring rendition


Yup, we have goosebumps! So moving to see Ginger perform the tune for the musical's book writer Harvey Fierstein on the "RuPaul All Stars 2" stage


Jennifer absolutely exudes passion and power in this magnificent cover


The Moulin Rouge! cast member has such an awesome voice - what a standout!


This Hedwig and the Angry Inch tour alum's perf is a-mazing. The commitment, the costumes, the vocals - yes.


Walter starred in the original cast of the show's national tour and replaced George Hearn in the original Broadway company as Albin. This moving perf was from the Grammys!


The Aladdin and Miss Saigon alum is wonderful on this soaring performance - that ending!


The Last Ship company member performed the tune as an incredible finale in BC/EFA's Broadway Backwards 2012.


You'll remember this Albin from when he was a curious cat in the 1998 Cats film as Rum Tum Tugger. This music video is awesome.