Hot Clip of the Day: No Damage in Looking Back at Off-Broadway's Heathers - Whatcha Waitin' For? 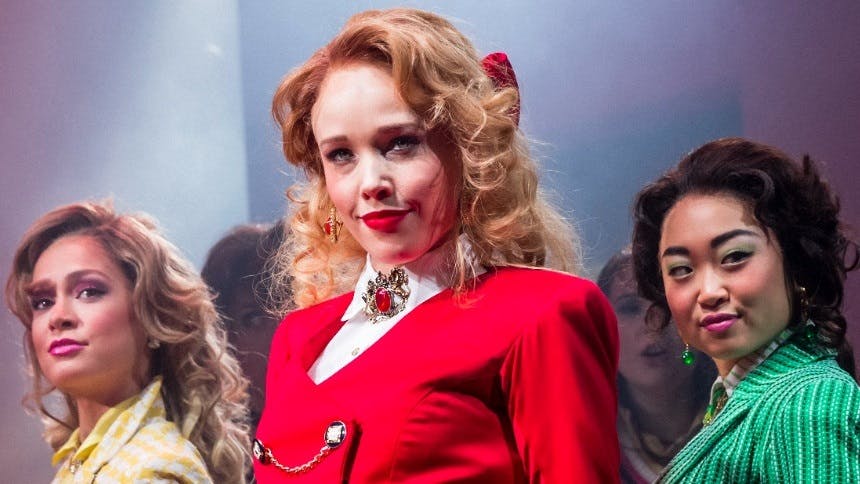 
Ulterior Motives: What's your damage? In the spring of 2014, Heather Chandler, Heather McNamara and Heather Duke descended upon New World Stages in the original Off-Broadway production of Heathers. They were so very. The film to stage adaptation's cast was amazing - Barrett Wilbert Weed as Veronica Sawyer, Ryan McCartan as J.D., and Heathers Chandler (Jessica Keenan Wynn), McNamara (Elle McLemore) and Duke (Alice Lee). In this clip we hear from the cast and company about their favorite quotable lines, the fashion, the deviousness and the Heathers all of us might have encountered in our own high school days.

Ultimate 🙌 🙌 moment: We loved revisiting rehearsal footage from this production in this Hot Clip. The song that was stuck in our head and inspired highlighting this show is right at 0:35 with "Candy Store." Lawrence O'Keefe and Kevin Murphy's tune is so catchy. Now go listen to that cast album - honey whatcha waitin' for?!