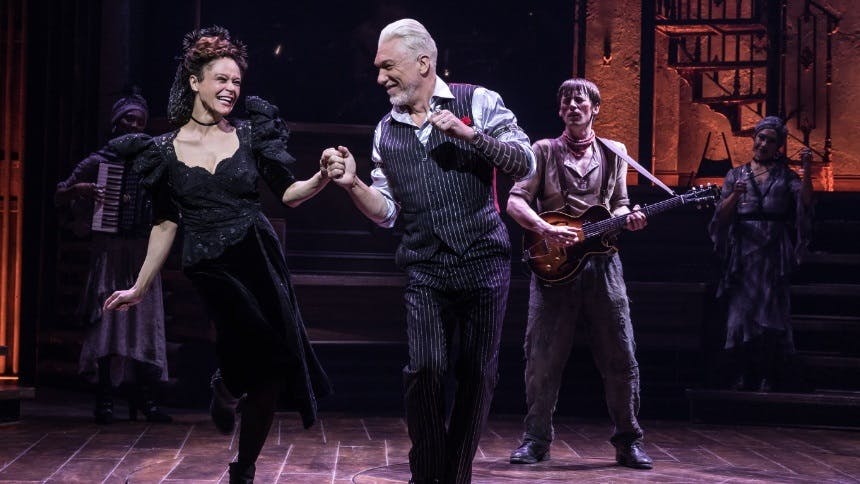 
Ulterior Motives: While the Tony winning musical Hadestown sings so thrillingly of Our Lady of the Underground, Persephone - we're sending virtual birthday flowers to Patrick Page, the musical's marvelous Hades. With a rich, mesmerizing voice Patrick dazzles in the musical. Patrick has appeared on Broadway in such a true variety of productions from Shakespeare to Spider-Man from Beauty and the Beast's Lumiere to The Lion King's Scar. When we came across this video, we had to go the comedy route to celebrate this most marvelous actor on his birthday. Thank you Broadway Sessions for an idea that turned into absolute hilarity.

Ultimate 🙌 🙌 moment: Can we talk about the glimmer in his eye at before he even begins? He is so charming! We love each of the moments where Patrick marvels at the clever, rhyming lyrics as he does two minutes in to the reading. Even from the very beginning of the performance, it's so uniquely Patrick. Picking an ultimate moment was difficult but we have to give it to 1:11. It is hilarious. Patrick is a treasure.

Newer
Hot Clip of the Day: No Damage in Looking Back at Off-Broadway's Heathers - Whatcha Waitin' For?
Older
Crowd Me With Love! Our Ultimate Top 20 "Being Alive" Countdown From Stephen Sondheim's Company