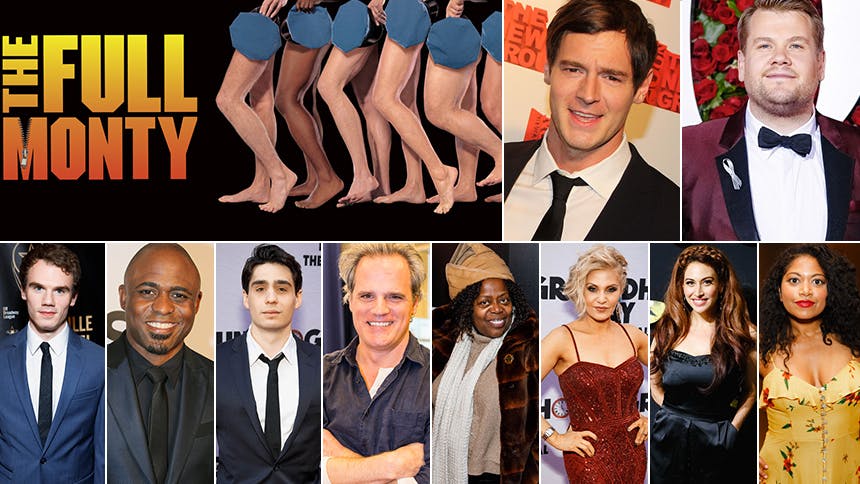 , but 17 years ago, Yazbek opened his first musical, the Tony-nominated adaptation of The Full Monty.


Unfortunately, it opened opposite The Producers and so it never got the credit it deserved—though the musical does have its ardent fans (this office included!). David has said he’s ready for a revival, and what better time to dreamcast that revival than the anniversary of the original’s opening night? Scroll on as Bbox imagines The Full Monty now. (If you don’t know the original, this opening number sets up the characters pretty well so you won’t be lost.)


He's funny, he's sexy, he's edgy and angry—and like the original Full Monty, he still has yet to receive his proper due on Broadway.


The Tony winner and late night talk show host brings the marquee name to the proceedings and anyone who saw his One Man Two Guvnors knows he can truly do anything.

This one is tough—there are so many young soaring tenors who could break your heart as the suicidal, meek Malcolm—but Jay could bring you to tears with his "You Walk with Me" but also rock out hard on "Big Ass Rock". If his Malcolm is half as endearing as his Chip, we're good.


Stage and screen star Wayne Brandy would stop the show with "Big Black Man". This role takes a lot of charisma and Wayne's got the goods. (Though tbqh, André De Shields could still play this and I'd be good.)


The other half of the love story, Ethan has to be charming and good looking. He's someone who continues to dance up the walls Singin' in the Rain style despite his constant failure. It takes a sharp performer to make dumb and lovable really work.


The Emmy-winning Dear Evan Hansen dad would be make Harold and his struggles super relatable. He could play successful without playing too uptight—and he could land all those jokes.


This is a no-brainer. Just imagine the Olivier winner salsa dancing around the stage belting about "Life with Harold". Laughs upon laughs.


The Tony winner has proven time and time again she only needs one song to stop and steal a show, and "Jeanette's Showbiz Number" is that moment.


Georgie needs to be funny af and she needs a powerhouse voice for "Woman's World". Also, Orfeh and Lesli together on the "You Rule My World Reprise" would be epic!


True, she wouldn't get a fierce song but it's a lot of good book scenes and we know the Significant Other star would nail 'em.