Oh, Hello! 9 Broadway Vets Get Prahnked with Too Much Tuna In Honor of John Mulaney's Birthday! 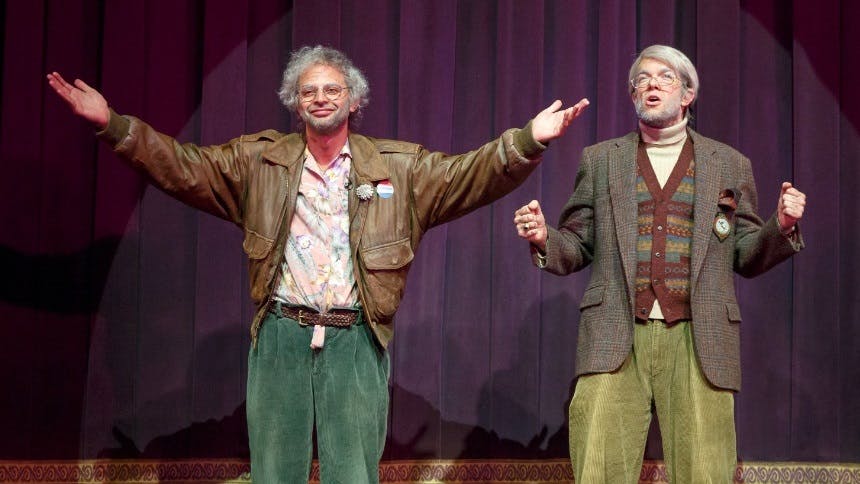 Charmed, I'm Sure! Emmy Award-winning comedian John Mulaney's celebrating a birthday August 26th! The hilarious Mulaney, last seen on Broadway's in the laugh out loud Oh, Hello!, is currently touring across the states to sold-out crowds this summer/fall with his new show From Scratch.

As a former writer on Saturday Night Live, we loved his hosting gigs on the beloved television sketch show. The reason? His immediately legendary sketches were always the musical parodies: Diner Lobster, Airport Sushi and Bodega Bathroom.


We have to look back though on John's Broadway debut as George St. Geegland in Oh, Hello! opposite Nick Kroll as Gil Faizon . As you may remember, the show included a guest appearance by a celebrity audience member so Gil and George could "prahnk" them with Too Much Tuna! Of the many celebrities that stopped by to get "prahnked" at Oh, Hello!, we've collected appearances by 9 Broadway vets with George and Gil capturing a slew of funny moments.

Newer
10 Exciting Musicals Coming Back To Broadway This September!
Older
Hot Clip of the Day: "Because" It Is Ato Blankson-Wood's Birthday, Let's Travel Back To This Stunning HAIR Day!