Along Came The Producers! 12 Sensational OBC Clips Ahead of Stars In The House Reunion! 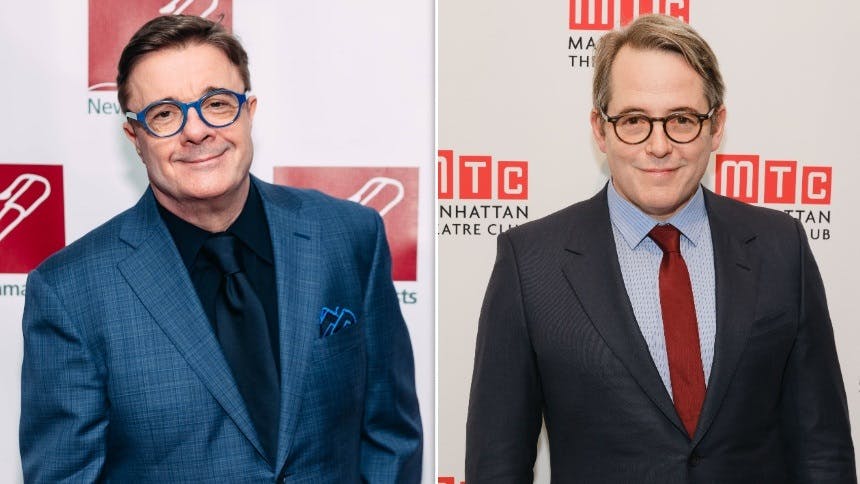 Take out your phone and schedule a reminder to tune in to Stars In The House this Saturday at 8pm EST for a 20th Anniversary reunion with Original Broadway Cast members of the legendary musical The Producers. Broadway fans will be able to enjoy an exciting virtual reunion of Nathan Lane (Max Bialystock), Matthew Broderick (Leo Bloom), Cady Huffman (Ulla), Roger Bart (Carmen Ghia), Brad Oscar (Franz Liebkind) and the show's award winning director and choreographer Susan Stroman.

In 2005, Susan Stroman directed the film adaptation of the laugh out loud musical starring Nathan and Matthew in their roles once again. After you go through the fun clips in this article, go on and brush up on that film wherever you find your films! While you're at it, have a viewing of the 1968 Zero Mostel / Gene Wilder film the musical was based off of written and directed by the marvelous Mel Brooks. We miss Broadway so much but watching the zany antics of these dream Broadway producers is sure to bring a lot of laughs.

Seth Rudetsky and James Wesley's absolutely extraordinary online series Stars In The House has raised over $800,000 for The Actors Fund for everyone in the entertainment industry during this pandemic. To donate, please visit this link.

To celebrate the two decade anniversary of the musical that landed in the stratosphere of musical Broadway history with 12 Tony Award wins (the current record!), we have 12 clips to get you in the spirit of this weekend's reunion


Watching this video is so thrilling. Back when this spectacular musical was about to open on Broadway we get a sneak peek of the entire original Broadway cast and company.


There were so few performances of the show on television and it was the hottest ticket in town. Go ahead and push play on this Today Show performance.


This clip is really fun and if you can believe it - from 20 years ago. Look at the musical's star-studded opening night! It's a treat to see clips of the show too throughout.

"Along Came Bialy" / "Act One Finale"


The cherry on top of the sundae of this historic show - performing at the Tony Awards after being the shining star of the season. We get goosebumps every time at 3:18 when Nathan and Matthew say "Bialystock and Bloom!"

While searching around the interwebs, we were reminded of the television special Recording The Producers - A Musical Romp with Mel Brooks. If there's anything we love, it's a recording session documentary (please see the Company "Original Cast Album" Documentary and Guys and Dolls Off The Record). Thanks to this amazing doc, we have even more performances to share of the original Broadway cast in action around five months after the show opened on Broadway. Plus, it's so wonderful to hear Mel Brooks talk about the performers and his musical.

Behind The Scenes with Nathan and Matthew


Set a reminder to watch this incredible 20th Anniversary reunion of The Producers on Stars In The House this Saturday April 17th at 8pm EST.