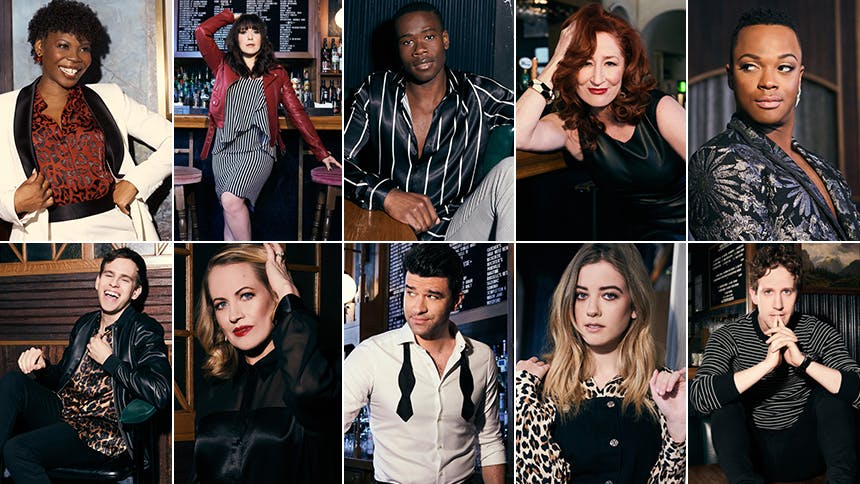 This year, BroadwayBox teamed up with photographer Jenny Anderson for a photo and interview series spotlighting 10 Broadway musical replacement stars whose performances left us stunned in our seats! The illustrious group (ranging from title stars to scene-stealing co-stars) was shot at the beautiful West Village restaurant The Spaniard. Scroll on to see all 10 and our favorite quote from each. (* indicates the actor is no longer in the production)


”I mean really my comedy came from being small and scrawny and an outcast and figuring out that I could make people laugh when I was young, and that was a way to survive in the world.”


“The Lion King was the first time I'd ever seen so many people of color onstage—people that looked like me, doing what I wanted to be doing. I'm from such a small town, where no one was really trying to pursue performing—especially no one that looked like me or came from a background like I did. So, seeing a full stage of people who I could understand and relate to like that blew my mind.”


“My Evan Hansen is simple and grounded. I wanted the writing to take center stage, and I wanted it to feel like we were an ensemble of actors doing a play together.”


“I wanted Zoe to be really kind in heart and caring at heart, and it’s hard to make that trait prevalent because she's going through so much pain. She wants to be loved and she wants to love and she's denied so much of that.”


“It's really on you as the performer to create the world and to create this character. There's no handholding there, and there's no time to develop it. You just kind of have to come in with a bold idea and drive it forward. [Replacing] is something every performer should do at some point, though it is hard sometimes.”


“I had reached a point where I wasn't being fulfilled by television, film, and voiceover work. I felt empty and sort of lost—not fulfilled. So, that's why we made the plan to come back. When the job came, it was honestly like a miracle.”


“I pray throughout the entire show, as my character and as myself. I try to channel Erzulie as much as possible. And as we are working together, I listen to what she has to say. I follow the guidance that she has for me. I pray for all kinds of things as love would ask you to do.”


“It's incredible how relevant it is, more so now than it was in 2003. I often get all the time, ‘Have you changed the script to make it more about this political era?’ It truly is more powerful than ever, and so I take it really seriously.”


“He’s a mix of The Beast and The Joker. He isn’t afraid to do whatever it takes to get what he wants. He’s a supervillain. That’s one of the things I think of constantly. He’s made himself into this supervillain through his ingenuity and desires and his intelligence. Whenever you play a villain you have to add an aspect of humanity to it, and, if you do it correctly, there’s a commentary about people—how anyone can go there under the right circumstances.”