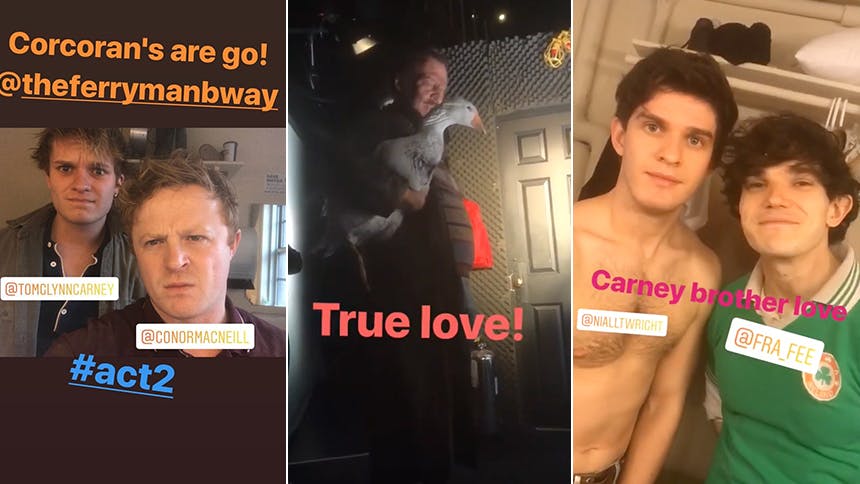 Irish actor Conor MacNeill made his Broadway debut in 2014's The Cripple of Inishmaan, and now he's back on Broadway co-starring as Diarmaid Corcoran in Jez Butterworth's incredible, award-winning drama The Ferryman

On December 29, Conor took over the BroadwayBox Instagram and brought followers along for his final two-show day in 2018. See what life is like backstage with this huge cast that includes Irish stage stars, adorable kids, and a goose.


Don't miss Conor MacNeill and the entire gang (Peggy included!) in The Ferryman at Broadway's Jacobs Theatre through July 7.

The Ferryman
Best Priced Tickets
Newer
Five Burning Questions with Once On This Island Tony Nominee Hailey Kilgore
Older
Six Spring 2019 Shows We’re Unbelievably Excited to See (And You Should Be Too!)
Sign up for BroadwayBox Discount Alerts