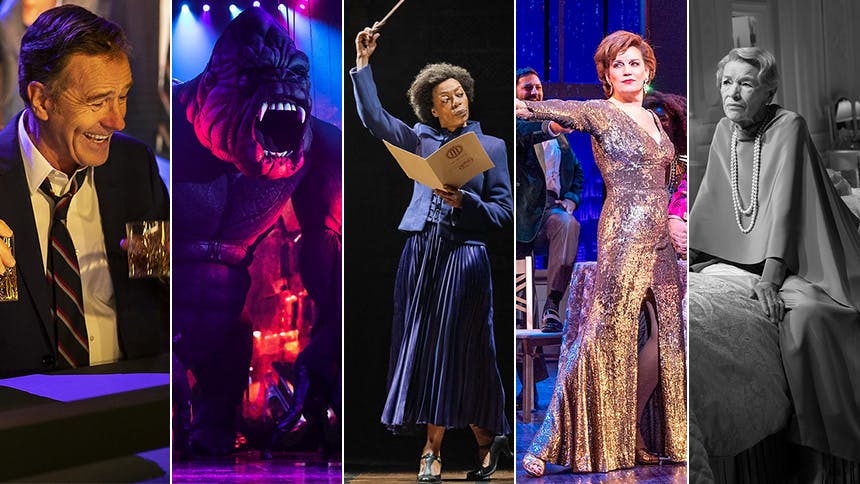 Looking back on some of our favorite nights on Broadway in 2018—a great year for plays on Broadway. #Dont@Me


Maybe it’s my love for Cher and SJB, but I lived for this show. Those costumes, that choreography, the vocals—it all worked. I’d even go as far as to say it’s my favorite bio-musical since Jersey Boys.


It’s no secret how much I enjoyed this show. I like to think of it more like a theatrical experience than traditional book musical; but either way, the ingenuity of that puppet and the performance by Christiani Pitts are undeniable. Much like with Harry Potter, I sat there thinking, “How are they doing this live onstage right now?!”


The first revival of Harvey Fierstein’s Tony-winning drama about a drag queen looking for love and family did not disappoint. It felt so current and heartbreaking. Michael Urie was fantastic and Mercedes Ruehl gives one of my favorite performances of the year.


I will grant you some of the cast was uneven in this starry revival, but my gosh were there some incendiary performances in there, especially Robin de Jesus. Also, the design and direction were top-notch.


I seriously loved every single performance in his record-breaking, Tony-winning revival. Thank goodness, we have that National Theatre Live broadcast that preserved this incredible piece of theatre.


Chances are you’ve never seen anything like Network on Broadway. It’s shocking what director Ivo van Hove and his design collaborator Jan Versweyveld have accomplished with this production. Bryan Cranston leaves it all on that stage as Howard Beale, and the themes are unsettlingly timely.


The acclaimed, award-winning Broadway transfer of Jez Butterworth’s epic three-hour Irish drama is electrifying. The performances and the direction are just flawless. It’s a show that you immediately want to see again (especially wise to the twists and turns).


What I wouldn’t give for one more night at that revival of Three Tall Women. There was exquisite staging and design. Glenda Jackson and Laurie Metcalf won Tony Awards for their work, and I still find myself thinking about Alison Pill’s modeling monologue. Every time one of the actresses came forward for their moment, their monologue, it was nothing short of breathtaking.


I feel confident saying the original, new musical The Prom is the best musical 2018 had to offer Broadway audiences. That score is addictive, the staging and choreography by Casey Nicholaw is tight AF, the book is hilarious, moving, & clever, and Beth Leavel and Brooks Ashmanskas deliver career-best performances. Also, it gifted the world the word zazz.

1. Harry Potter and the Cursed Child


The Best Play Tony Award winner from 2018 is Broadway on the next level. Fans of the Harry Potter series will appreciate how it unfolds like one of the books, but you don’t have to love the books or films to love this production. It’s unforgettable; it’s event theatre; and it’s a technical masterpiece.