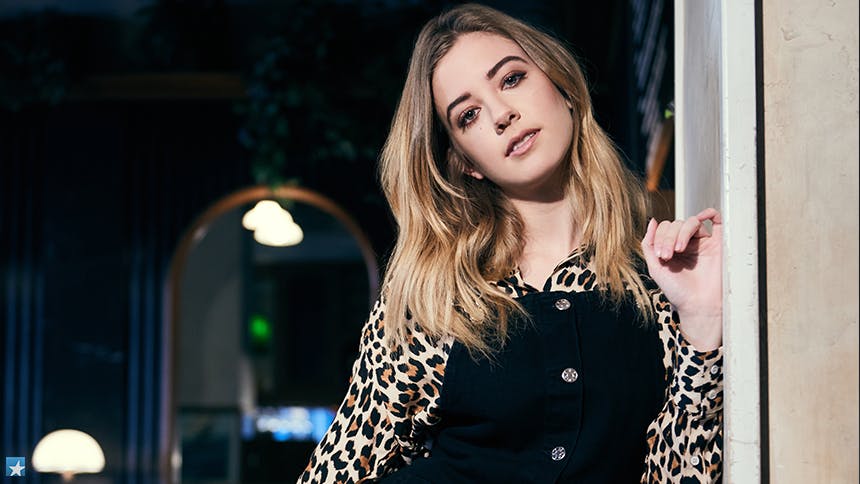 BroadwayBox and photographer Jenny Anderson launch a new photo and interview series this fall spotlighting 10 current Broadway musical replacement stars whose performances left us stunned in our seats! The illustrious group (ranging from title stars to scene-stealing co-stars) was shot at the beautiful West Village restaurant The Spaniard. Next up is Mallory Bechtel, who makes an absolutely heartbreaking and stunning Broadway debut as Zoe Murphy in Dear Evan Hansen

. Her raw, emotional performance paired with her beautiful, folk voice make her Zoe so memorable. it's easy to see why the title character adores her so.


1. Tell me about your journey with Dear Evan Hansen, from your introduction to the musical to getting the offer to make your debut as Zoe.
The first time I heard about it, I think I was 15 and I had an audition for one of the readings. So, I knew a very early version of “Requiem” I had to do for that audition. I didn't get it, of course, but I was very excited by the idea of it. Then when I was 17, I came up with my sister and my mom for my birthday during Thanksgiving break I saw it for the first time. I was so excited, and I had the thought, Zoe would be a really perfect role for me after I graduate college.

Then in May of my junior year, I got an audition to be vacation understudy for Zoe. I sent a tape, then I flew up for the final call back, and about a month later, I found out that I got it. That was a very fun experience, but I never actually got to go on and do it. Then in December, I found out I was going to take over, and, of course, I burst into tears.

2. Once you found out you were taking over full-time, how did you go about building your Zoe?
It's funny because I already had a way of doing it from when I had vacation understudy, but that was very much Laura Dreyfuss’ performance, and it was supposed to be Laura's performance.

I had seven months from when I found out that I was going to take over. So, it was lots of just reading the script over and over again. I didn't want to sit and think about how am I am going to make it different—that came with the rehearsal process. I didn't want to force anything, and I'm still kind of discovering that. What's so great about Dear Evan Hansen is we’re still getting notes. I got notes yesterday! It's constantly evolving.


3. Finish this thought for me: My Zoe is ____.
I remember when I first got the breakdown, it talked about how Zoe is trying to compensate for her brother's meanness (for lack of a better word). One of the first scenes you see is her reaching out to Evan and saying I'm so sorry and apologizing for [Connor pushing him]. I wanted Zoe to be really kind in heart and caring at heart, and it’s hard to make that trait prevalent because she's going through so much pain. She really lashes out at her parents, but I wanted all of that to come from a place of sweetness and longing. I wanted her to be more caring and compassionate. She wants to be loved and she wants to love and she's denied so much of that.

4. This series is about replacement performances that left us stunned. What’s a performance you saw as an audience member that left you stunned?
Honestly, it was Ben Platt [Broadway’s Tony-winning original Evan Hansen], that's the first one that comes to mind. He was all I could talk about for the whole week. I was so stunned the first time I saw it—he's spectacular and he gives so much on that stage— but then what was really cool was when I vacation understudied for the first time, I got to see him do it multiple times in a row, and he was so good at being so consistent with his emotions. He got to that place every single night. But he was also so good at letting the moment inform where he was going to go. It was never stale. It was never the exact same.


5. What was it like making your Broadway debut jumping into musical that's the Best Musical winner with a huge, vocal fandom? Was that an added element for you or did you have to block it out a bit?
It was surprisingly easy and, surprisingly, not very nerve racking. It is such powerful fandom, and it's mostly made up of young people, who do get really attached to the original cast. So, I was kind of fearful that people would not be accepting, but they were actually very sweet. The whole fandom was very accepting of me.

I was so nervous for my put in. For my final dress rehearsal, I was just shaking. Then, somehow, I was very calm for my first show. Of course, the cast of Dear Evan Hansen is so, so sweet. It helped that I had been there before, so I knew a lot of people. It also helped that Alex [Boniello] had just started. He's been a mentor of sorts in that sense.


Photographed by Jenny Anderson at The Spaniard Restaurant. Hair and makeup by Austin Thornton and Gianna Yanelli. Styling by Jake Sokoloff. Assistant Stylist: Phylicia Pearl Mpasi. Dress and shirt by Zara, with boots by SJP by Sarah Jessica Parker.