Six Spring 2019 Shows We’re Unbelievably Excited to See (And You Should Be Too!) 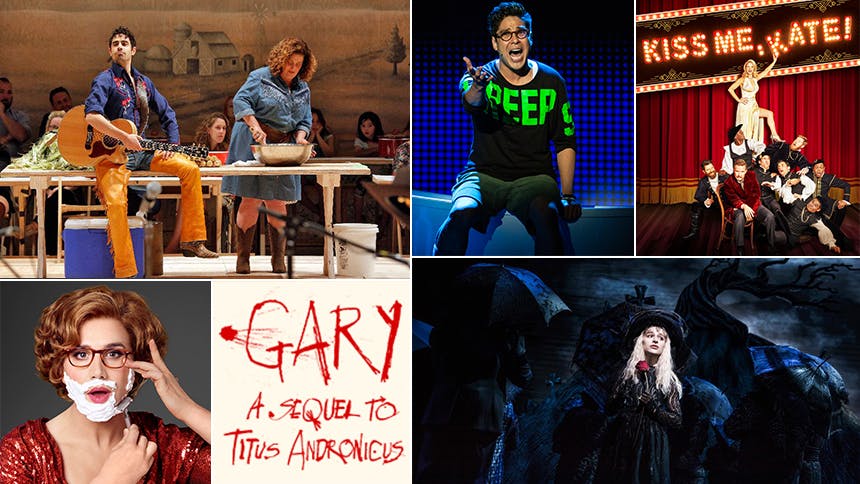 Now that we are officially in 2019, let's talk about the heavy-hitters coming to Broadway. These are six plays and musicals you don't want to miss in 2019.


Daniel Fish’s revisionist revival of this classic Rodgers & Hammerstein musical feels very much like the future of theatre. Bravo to R&H Organization for letting Broadway audiences see this masterpiece in a 100%, completely new and original way. Here’s to hoping the intimate, acoustic, dark revival inspires other estates and artists to take bigger risks with their beloved works. It’s a total must-see.
Strictly limited engagement begins March 19 at Broadway's Circle in the Square Theatre.


The out-of-town buzz on Tootsie is glorious. Apparently Robert Horn has created the holy grail of musical comedy libretto/book. It’s a laugh riot, and word is the stars are giving the performances of their careers. It brings the Oscar-winning film from the (dated) soap world into today’s Broadway, which is a fun twist and should keep audiences on their toes.
Previews begin March 29 at Broadway's Marquis Theatre.


After this amazing rehearsal video of Warren Carlyle’s “Too Darn Hot”, my interest in this Roundabout revival doubled. I can’t wait to see the Broadway debut of Stephanie Styles and hear what she does with “Always True to You in My Fashion”. I have high hopes for this one.
Previews begin February 14 at Broadway's Studio 54.

Gary: A Sequal to Titus Andronicus


Tony Award winners Nathan Lane and Andrea Martin in a comedy with the gifted Kristine Nielsen (dare I say one of the funniest stage actors working today) is a dream come true. It’s the Broadway debut for downtown icon Taylor Mac and helmed by the legendary George C. Wolfe. I’m hoping that it’s this season’s A Doll’s House, Part 2.
Previews begin March 5 at Broadway's Booth Theatre.


This cast is jam-packed with some of the most talented actors in musical theatre (Rob McClure, Kerry Butler, Alex Brightman, Leslie Kritzer), and I eagerly await what’s sure to be a breakout performance by Sophia Anne Caruso as Lydia. Also, by the looks of the set that David Korins created here, it could finally be his deserved Tony Award win.
Previews begin in March at Broadway's Winter Garden Theatre.


I super enjoyed this show off-Broadway—I couldn’t get over how much it felt like a cool, modern take on the beloved musical Little Shop of Horrors. This young cast is the real deal—like Spring Awakening, Rent, Hamilton OBC style. I can’t wait to hear George Salazar belt out “Michael in the Bathroom” again or see Tiffany Mann, Lauren Marcus, and co performing “The Smartphone Hour”.
Previews begin February 13 at Broadway's Lyceum Theatre.

Sign up here for discount alerts to these and other spring 2019 shows.