Broadway Replacement Stars That Left Us Stunned: The Phantom of the Opera Title Star Ben Crawford 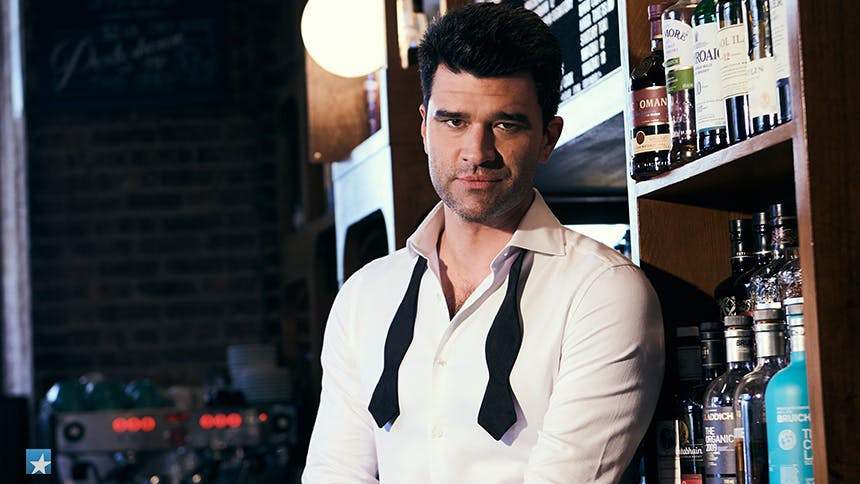 BroadwayBox and photographer Jenny Anderson launch a new photo and interview series this fall spotlighting 10 current Broadway musical replacement stars whose performances left us stunned in our seats! The illustrious group (ranging from title stars to scene-stealing co-stars) was shot at the beautiful West Village restaurant The Spaniard. Kicking off the series is Ben Crawford, who delivers a heartbreaking, twisted, and BEYOND incredibly sung performance as the Phantom in Broadway’s The Phantom of the Opera

1. Tell me about your journey with The Phantom of the Opera, from your introduction to the musical to getting the offer to play the title role.
I’m from Arizona, and I remember my grandparents taking a road trip to LA to see Michael Crawford in it and telling me all about it. They were instrumental in bringing classical music and musicals into my life. I didn’t grow up a musical theatre kid. I was into athletics, and then through college I discovered my love and passion for musical theatre. I saw the show about six years ago. Hugh Panaro was the Phantom, and it was awesome. I thought it was great, but I hadn’t really come back to it until about two years ago. I went in for the tour and things were close and didn’t work out. But sometimes timing just makes its way into your career. When I finished Charlie and the Chocolate Factory, this audition popped up, and it was the right time. It’s been awesome to come in, be welcomed with open arms, and put my stamp on the role—in some ways recreate it but also stay true to classic energy of the show.

2. Once you got the gig, where did you start? How did you go about building your Phantom?
I started at the beginning. I didn’t go back and revisit it or anything. One thing I’ve counted on in my career is trying to reinvent somehow—to put my own spin on it. A lot of this business is about trying to fit in to get into the community, and then once you stake a claim, you have to do what sets you apart. It's been very creatively freeing to be able to start with a blank slate in a sense. Seth Sklar-Heyn (our production supervisor) said, “These are the points you need to hit but how you get there is entirely up to you.” It’s been an incredible journey, and the cool part is we are still refining and finding more growth and life from within the Phantom.


3. What felt unique about your replacement process in Phantom?
The part vocally takes so much stamina that you can’t do the scene and do it again and do it again. So, there was a lot of chatting—doing the scene and then really engaging in conversation for 20 or 30 minutes about what the show is, what the purpose of each scene is, the Phantom’s motivation. The intellectual aspect of the conversations was something that was really original to me and something I really enjoyed. But you also have to get it in your body. It takes about six months to really figure out what you’re doing. I call it my CrossFit.

4. Finish this thought for me: My Phantom is ____.
He’s different. He’s a mix of The Beast and The Joker. He isn’t afraid to do whatever it takes to get what he wants. According to other people, he’s sexy.

He’s a supervillain. That’s one of the things I think of constantly. He’s made himself into this supervillain through his ingenuity and desires and his intelligence. Then there’s the thing about the mask. We all have masks in a sense so the mask allows him to create this persona. Whenever you play a villain you have to add an aspect of humanity to it, and, if you do it correctly, there’s a commentary about people—how anyone can go there under the right circumstances.


5. On Broadway, you’ve understudied the lead in Shrek, Big Fish, Les Miserables and On the Twentieth Century. What did you learn during that time that informed how you would one day lead a company?
It was a lot of seeing how the energy trickles down. Watching Christian [Borle] in Charlie and seeing how the guy that’s called every day for 12 hours to tech is cool and professional and leading with a really positive energy. He’s someone I look up to when it comes to that. Brian d’Arcy James was always so welcoming and inclusive to me and the rest of the cast. Norbert is so incredible and he makes everyone bring up their game. You are always just mentally taking notes and absorbing that. At Phantom, it’s very much business onstage and a lot of fun offstage, but know where that line is and don’t push it too much.

6. This series is about replacement performances that left us stunned. What’s a performance you saw as an audience member that left you stunned?
I would have to say it was my first Broadway show. I saw Michael Cerveris in Sweeney Todd. What a treat to make that my first. I felt such awe watching Michael doing Stephen Sondheim—in a role I’d obviously love to do. It was an amazing performance.


Don’t miss Ben Craword’s stunning Phantom in The Phantom of the Opera at Broadway’s Majestic Theatre.