10 Broadway Debuts from 2018 That Slayed The House Down 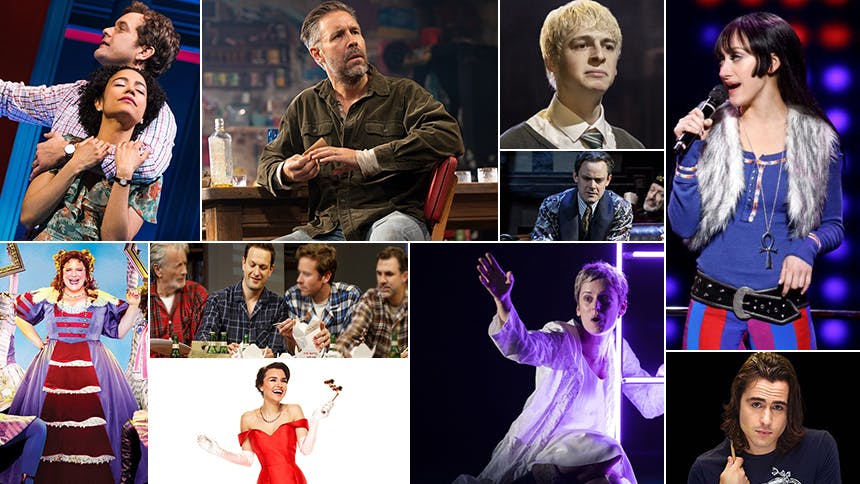 These 10 actors gave sensational Broadway debuts this year. Let's give it up for the first-timers (presented alphabetically)!

The West End actress, who stole our hearts as Eponine in the Les Miserables film, is magnetic as Vivian in Pretty Woman. She has a tough task of putting a fresh spin on this iconic Julia Roberts character, and she nails it.

Anthony Boyle reprised his Olivier Award-winning performance for Broadway and received a Tony nomination. He is the heart of this Harry Potter tale, and the character he’s created is as memorable and lovable as any that appeared in the first seven books.

Hard to believe this was Josh Charles’ debut! The Emmy nominee’s performance as the most unlikable of the straight white men was something to be seen. He walked away with that show.

For his debut, Paddy Considine has the mammoth task of carrying this epic drama, and his performance is nothing short of astonishing. Quinn has to be so many things all at once, and Paddy makes it look so natural. Just stunning.

The youngest Cher in The Cher Show, Micaela is as undeniable a star talent as the real young Cher. When she kicks to her face crossing the stage during “The Beat Goes On”, I nearly did a death drop.

The two-time Olivier winner made her debut reprising her Olivier-winning performance as Harper, and we were lucky to witness it. She erased the memory of Mary-Louise Parker’s Emmy and Golden Globe-winning performance in that role, and I thought that would be impossible to do.

Harry reinvents this character that could easily be stody or misogynistic. This new Henry Higgins is dashing and spoiled and just clueless to the world around him, and that’s such a stronger choice.

These two get a double bill because I can’t imagine one without the other. Both these performances were truly spectacular (Josh learning sign langue for the role & Lauren delivering a break-out Tony-nominated performance). It’s a shame the revival didn’t last longer so more people could experience their work.

How much more can we gush over the talents of Bonnie Milligan?!? A voice you can’t forget and comedic timing you can’t learn, this young woman is a force. I can’t wait to see where she lands next.

For his debut, Ben had to nail farce-like comedy and learn snooker at a professional level. He was the protagonist in a comedy filled with unlikable characters, so the audience had to root for him to make the show work. Luckily, it was impossible not to like and be charmed by his Dylan Spokes.