7 for 11! Seven Solo Shows & Concerts to Check Out This November 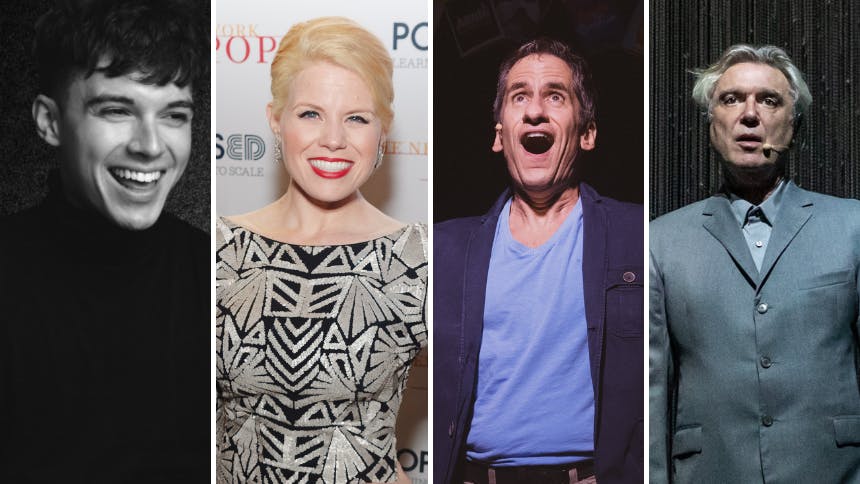 November is less than a week away. This autumn is flying!

There is such a great assortment of fantastic live theatre to see in New York City right now. From enormous singing and dancing shows to intimate dramas, it's a wonderful time to be back in a theater.

As we are approaching November so soon, we are spotlighting some solo Broadway, Off-Broadway and solo concerts that are not to be missed happening right at the start of the month.


On the small screen, you've most recently seen Anthony in the critically acclaimed HBO mini-series "Mare of Easttown" but Broadway fans will remember Anthony from Broadway's The Prom (and taking over our Insta for the show's historic Thanksgiving Day parade performance). He and his band will not only bring Broadway, blues and jazz but also a preview of his new EP of original material. Use code ANTHONY10 for $10 off at checkout!


Lucas Hnath's drama starring Deirdre O'Connell recalls the story Lucas' own mother, a former chaplain of a psych ward, was held captive in a series of Florida motels for five months. The show, in its final weeks is a New York Times Critics' Pick. Don't miss the few chances remaining to see this thrilling true story.


This Special Tony Award winning show is back on Broadway following its initial run in 2019. Though technically not a one person stage show, it is the legendary David Byrne who utilizing his fantastic song catalog leads an extraordinary group of out of this world talented musicians brings audiences a joyful night of as its synopsis states "live music, community and connection" that is so beautifully unique. The show moves with wonderful staging by its choreographer Annie-B Parson along with recent Tony Award winning director Alex Timbers serving as its production consultant.


Thursday, November 4th at 7pm:
Allison Guinn: The Legacy of Daisy Dean at The Green Room 42
Get Tickets


After memorable performances on Broadway in the 2009 Hair revival and On The Town and appearances on TV's "The Marvelous Mrs. Maisel" and "Insider Amy Schumer" - Allison Guinn is bringing a cabaret to The Green Room 42 honoring her grandmother. The night will feature old time country songs and stories her Appalachian grandmother Daisy Dean Erwin Sherrill passed along to her alongside a four-piece string band.


We have one word to say. A-MAH-ZING. There truly is no one who can deconstruct a song from a beloved musical or Broadway beltress quite like Seth. From Bea Arthur to Ben Platt - Seth has decades worth of detailed Broadway performance knowledge to share with audiences in this hysterical 90 minute production. Musical theatre fans - this is a must-see!


Saturday night - why not splurge and treat yourself to one of Broadway's brightest stars Megan Hilty live in "Broadway's Living Room" at Feinstein's/54 Below. As part of their Diamond Series, with the ticket price, guests receive hors d'oeuvres, a three-course dinner and a ticket to a glorious night of music by this Broadway vet of Wicked and 9 to 5 as well as Tony Award nominee of Noises Off


Sunday November 7th at 9:30pm:
Marisha Wallace at The Green Room 42
Get Tickets


Broadway and West End Star Marisha Wallace is back in the states! Marisha had been touring the UK with her Tomorrow Tour following the release of her critically acclaimed cover of "Tomorrow." She had been starring as Becky in the West End's Waitress prior to the pandemic and following the pandemic returned to the West End as Motormouth Maybelle in the West End's Hairspray. Marisha is a showstopper and we are thrilled she's bringing her live show back to NYC!