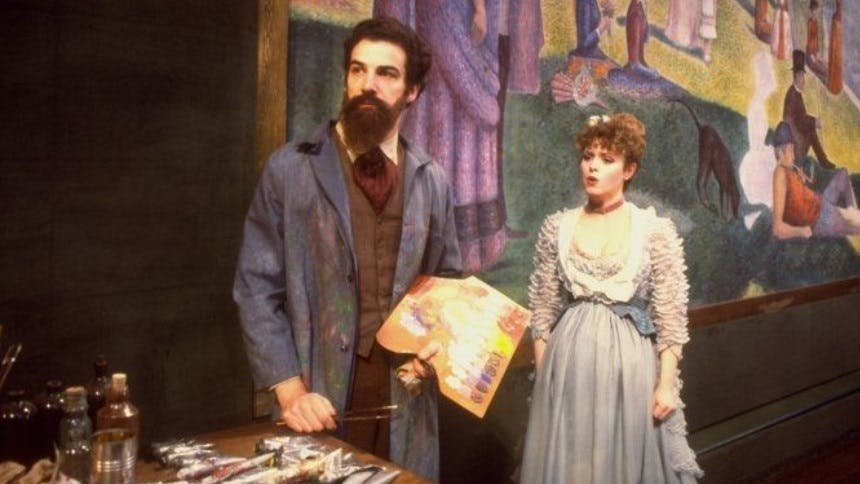 It has been nearly a week since the passing of the legendary musical theatre composer Stephen Sondheim at the age of 91 on November 26, 2021.

Sondheim's extraordinary contributions to the musical theatre including titles Company, Follies, Into The Woods, A Little Night Music, Sweeney Todd among a brilliant roster of beloved shows, films and melodies.

In remembering Mr. Sondheim, a flood of his moving lyrics from his decades long career poured through social media, television reports, articles, and personal stories remembering the man. "Anything you do. Let it come from you. Then it will be new. Give us more to see." The show this quote so beautifully appears in, Sunday in the Park with George, inspired our story today.

December 2nd is impressionist painter Georges Seurat's birthday - the painter Sondheim along with bookwriter James Lapine immortalized in the 1985 Pulitzer Prize winning for Drama musical. In the show's finale, Dot reminds George of the words he used to repeat when creating his art: "order, design, tension, composition, balance, light, harmony."

Let us honor Stephen Sondheim on Georges Seurat's birthday by pairing these words with Sondheim's moving songs from the show's score.


ORDER "Sunday in the Park With George"


TENSION "We Do Not Belong Together"


COMPOSITION "Chromolume #7" / "Putting It Together"

Newer
Sondheim By Sara! Dreamcasting Sara Bareilles in Iconic Roles by the Beloved Composer
Older
Spotlight On 10 Stellar Covers of the ALW Sunset Boulevard Showstopper "As If We Never Said Goodbye"