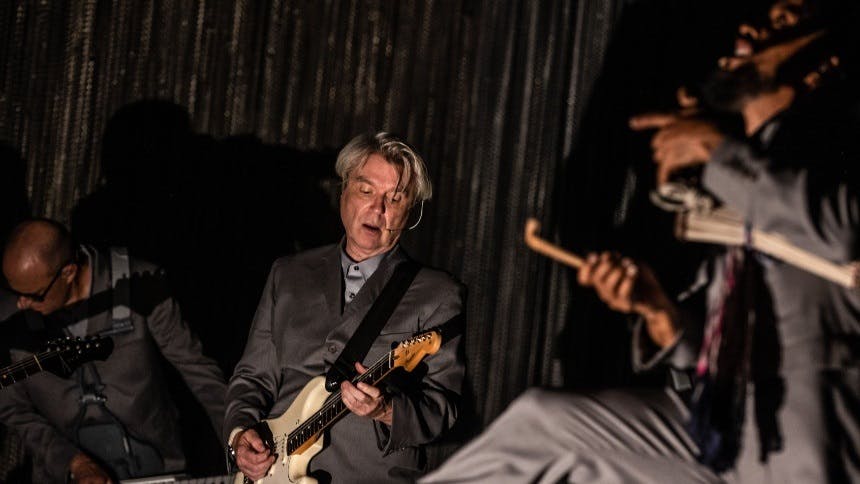 
Ulterior Motives: Headlines announced this week that David Byrne's critically acclaimed Broadway show American Utopia will be coming to HBO! The Spike Lee directed film of this extraordinary concert event does not have a release date announced just yet for 2020 but we are so excited to see this fantastic theatrical experience again soon. Until then, enjoy this clip and give a listen to David Byrne's American Utopia album.

Ultimate 🙌 🙌 moment: Stephen Colbert sitting in the middle of this performance is genius including 1:37. Three cheers to the outstanding band, each member so supremely talented. It's so simple to be completely entranced by the magic that is David Byrne. Our ultimate moment is at 1:42 when David travels through the audience. It feels like we stepped directly into a music video. We also love the reveal at 3:21. You'll have to watch to find out!

Newer
It's Time To Get (Camp) Creative with Broadway's Mark Evans & Justin Mortelliti
Older
3 Marvelous Melodies Ahead of 'At Home with Rebecca Luker' Airing Tonight!