Hot Clip of the Day: Ciara Renée & Joshua Henry Co-Starring This Time On Broadway in Waitress! 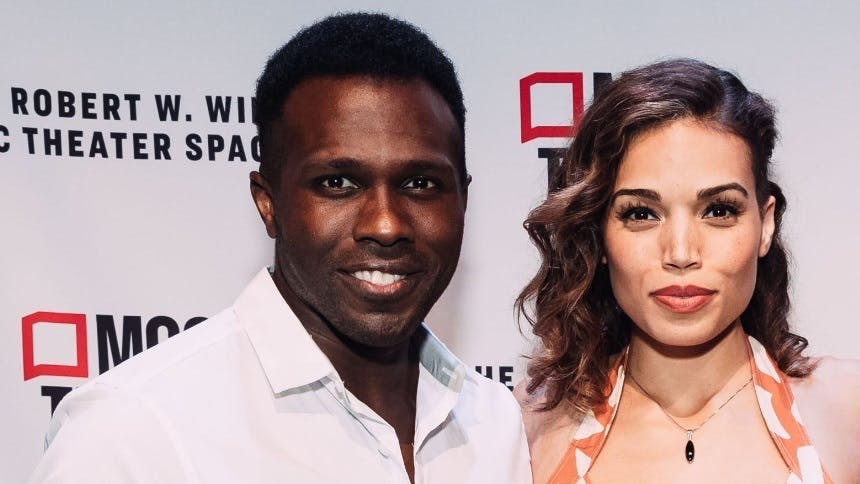 
Ulterior Motives: Not a bad idea at all! Former co-stars of MCC Theater's 2019 Off-Broadway's musical The Wrong Man are heading to Joe's Pie Diner. Ciara Renée was announced on November 2nd to replace current Jenna Hunterson Jennifer Nettles in Broadway's Waitress on November 25th. Six days after this announcement, Broadway fans learned of the exciting announcement that joining Ciara and starring as Dr. Pomatter is none other than Ciara's prior co-star three time Tony Award nominee, Joshua Henry! Ciara was last seen on Broadway as Elsa in Frozen in February - March 2020. This production will be Joshua's first production since portraying Billy Bigelow in the 2018 Carousel.

Ultimate 🙌 🙌 moment: Excuse us... THE CHEMISTRY!? This Ross Golan penned tune is such a groove. We've loved both stars in revivals of classic musicals - Ciara in Pippin, Joshua in Carousel but wow can they deliver a fantastic performance from this contemporary piece. So grateful this intimate performance with some beautifully performed acting moments from this limited run musical were preserved. The ultimate moment was so easy to select because the moment we heard it we immediately went back to listen again. The intricate, effortless vocal stylings sung together 2:21 - 2:35.

Waitress
Discount up to $60
Newer
Spotlight On 10 Stellar Covers of the ALW Sunset Boulevard Showstopper "As If We Never Said Goodbye"
Older
Hot Clip of the Day: Tina's Nkeki Obi-Melekwe Officially Steps into Tina Turner's High-Heels on Broadway