Royal Roundup! All We Wanna Do Is Showcase SIX's Ex-Wives! 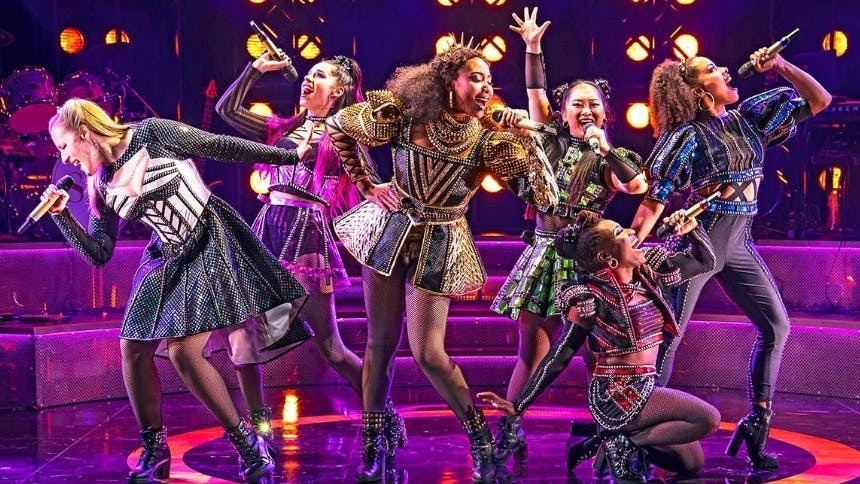 On the 6th of July, there is "No Way" we can't help but think of the SIX ex-wives of Henry VIII that were set to open in March at Broadway's Brooks Atkinson Theatre.


The talented ladies set to assume roles in this royal pop-infused musical by Toby Marlow and Lucy Moss are royal in their own right! We wanted to showcase prior performances of the ladies as we await their Broadway return.


In the role of Catherine of Aragon, Adrianna Hicks was seen on Broadway in Broadway's The Color Purple revival and Aladdin. Here she sings "Who Would Imagine A King" from the film The Preacher's Wife.


In the role of Anne Boleyn, Andrea Macasaet's Canadian credits include Heathers: The Musical, Avenue Q and Miss Saigon. Here she sings "Moving The Line" from NBC's television show "Smash"


In the role of Anna of Cleves, Brittney Mack's regional credits include Rent, Shrek, and Ain't Misbehavin' as well as TV's "Empire." Here she sings "Somewhere" from West Side Story


In the role of Jane Seymour, Abby Mueller has appeared on Broadway and in the National Tour as Carole King in Beautiful: The Carole King Musical. She has also appeared in Broadway's Kinky Boots. Here she sings "Children Will Listen" from Into The Woods


In the role of Katherine Howard, Samantha Pauly most recently made her West End debut as Eva Peron in Evita which she also appeared in regionally as well as Honeymoon in Vegas, Hairspray, and Godspell. Here she sings "My Man" from the film Funny Girl


In the role of Catherine Parr, Anna Uzele has appeared on Broadway in the Tony winning revival of Once on This Island as Andrea. The Texas State University BFA in Musical Theatre grad also appeared regionally in Dreamgirls. Here she sings "Your Daddy's Son" from Ragtime

For more info and Scoop stories, visit our Six page on BroadwayBox.