Hot Clip of the Day: Too Much Tuna with George, Gil and Annaleigh Ashford 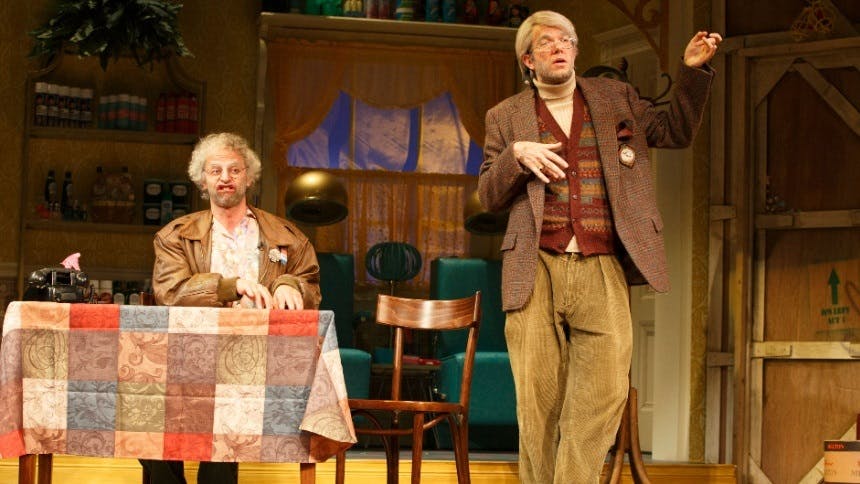 
Ulterior Motives: It was announced earlier this week that John Mulaney would be bringing two more editions of his Netflix TV Special "John Mulaney & the Sack Lunch Bunch" to Comedy Central. The comedy variety show led by John Mulaney features a cast of young actors performing musical numbers and sketches with celebrity guests including Broadway's Annaleigh Ashford who guests in our Hot Clip of the Day.

John Mulaney made a splash on Broadway in 2016 with pal Nick Kroll in the hilarious Oh, Hello on Broadway. The unique pair portrayed elderly street smart Manhattan men on the Upper West Side. If you haven't seen the show on Netflix and want to laugh, give it a watch. Towards the end of the show, the friends would bring a celebrity guest from the audience onstage for their cable access show "Too Much Tuna" to get "prahnked." Here's the clip when "Sack Lunch Bunch" guest Annaleigh Ashford sits down with George St. Geegland (John Mulaney) and Gil Faizon (Nick Kroll).

Ultimate 🙌 🙌 moment: Our ultimate moment is at 0:22 when Annaleigh does the friends' signature move whenever they are excited about something shaking their hands in the air. Annaleigh goes on to tell a story about the most popular birthday party restaurant in Colorado which involves a pink castle, a haunted cave, and a high diving gorilla.