Hot Clip of the Day: HAMILTON in 3 Minutes with Lin-Manuel Miranda 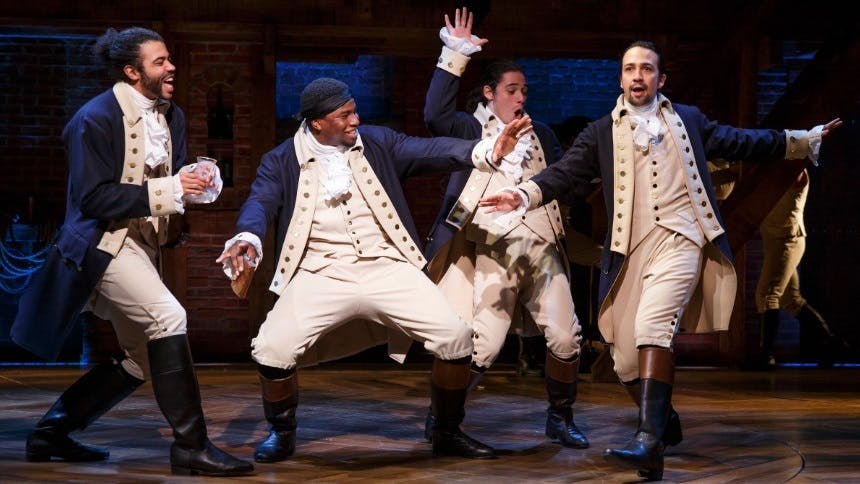 
Ulterior Motives: #HamilWeek comes to a close as Hamilton on Disney+ is here! We've waited for this moment! Are you ready to sit down and watch it for the first time with someone who has no idea what the show is about? Never fear - The Ellen Show has you covered. You can show them this clip! In 2017, Ellen DeGeneres had Lin on her show and as part of her "Show Me More Show" the Tony winner performs this phenomenal musical... in under 3 minutes. Throughout the hilarious reenactment, we are educated by Ellen's presidential expert Macey who at 7 is a Hamilton fan herself.

Ultimate 🙌 🙌 moment: The animations on this video are something else! Lin's energy is fantastic and his synopsis is very comprehensive for under three minutes! Macey's facts about George Washington's teeth are her coverage of "Aaron Burr, Sir" were great too. Our ultimate moment though has to go to 1:02-1:24 - where in 22 seconds he describes the moment in the show where they're covering the Revolutionary War and then "pauses for love" to marry Eliza. Bravo Lin for this amazing rundown of the show for those newcomers to the $10 Founding Father.