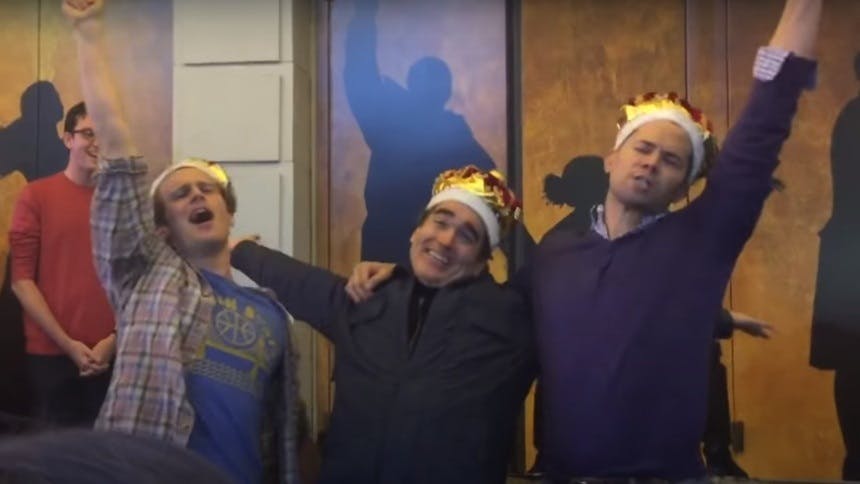 With the Disney+ release of Hamilton, we wanted to rewind to a tradition that occurred before select shows during the production's in person lottery. Hamilton's creator, Lin-Manuel Miranda (as well as other guest hosts), would host Ham4Ham shows on West 46th Street in front of the Richard Rodgers Theatre that featured cast reunions, special guest stars, pop covers and the occasional dance break. These were Lin's passed down instructions for the show to explain the format but also coincidentally great life advice:

This is the letter I sent Rory, Renee & Morgan about Ham4Ham after I left. It’s about the #Ham4Ham show, but it’s also pretty good life advice somehow?
Anyway I love them and I love you. pic.twitter.com/r8sfkDA2M5


Yesterday on Twitter we ran a #Ham4Ham Rewind Marathon highlighting 24 of our favorite Ham4Ham shows featuring members of the Hamilton company. On top of doing 8 shows a week, cast, technicians, musicians and more took time out to put on these unique shows for free for hopeful audience members trying to win the $10 lottery seats. These shows were a fantastic snapshot of that special time in the show's history during previews, opening and the phenomenon that grew the months and months that followed.

Enjoy these 24 mini showstopping shows performed in front of the Richard Rodgers Theatre.


Alysha Deslorieux's Mariah Carey cover of "Always Be My Baby"


Andrew Rannells' "Cry For Me" from Jersey Boys


Alex Lacamoire and The Hamilton Orchestra


The Hamilton Ladies "My Shot" Cover


A "96,000" In The Heights Reunion with Lin-Manuel Miranda, Karen Olivo, Christopher Jackson and more

Tune into Hamilton now on Disney+!