Introduce Yourself(ie): 10 Questions with Once On This Island Star Anna Uzele 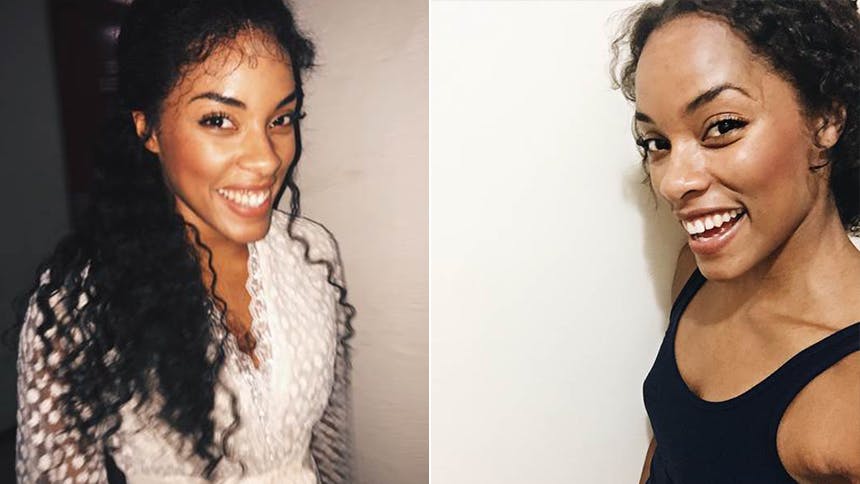 Anna Uzele makes her Broadway debut as Andrea Devereaux (the well-bred and cunning young lady betrothed to Daniel) in the Tony-winning revival of Once On This Island. BroadwayBox caught up with Anna to discuss her crazy whirlwind casting process, her passion for crafting, and more.

1. Who was your first phone call when you found out you’d be making your Broadway debut?
My mama!

2. What do you love about the seemingly hard-to-love Andrea?
She's a wise woman. She quickly sees the miscommunication between the two lovers and takes it upon herself to do that hard thing that Daniel can't, and for that I respect her.

3. What’s the most joyous moment in the show for you?
I love the number "Ti Moune" and getting to watch the audience react. I sing quietly in the back, but I get to see the whole house from my vantage point and throughout the course of the number, people slowly start reaching for their loved ones. It's beautiful.

4. Having played Sarah in Ragtime at Texas State University , was it crazy full-circle to make your debut in an Ahrens & Flaherty musical?
It's kinda nuts how it all worked out, but a common thread in Ahrens and Flaherty shows is the attention to children. Both shows include the theme of passing on the stories of the past to a younger generation in the hopes that they'll continue making the world better than it is.

5. What’s been the biggest surprise about performing on Broadway?
I was really surprised at how much easier it was to do a show while not being in school. I was conditioned to juggle far more, and so transitioning into this lifestyle was kind of relieving.

6. What’s something you are passionate about outside of performing?
Crafting! As in, I absolutely frequent Home Depot and Michaels to dream up the next project.

7. Tell us a memorable audition story.
Honestly, my audition for this show was pretty memorable. I flew to New York for a school showcase, with the intention of only staying for a few days, auditioned for OOTI (with no expectations), got the job the very next day, and then had to train home to my parent's house as fast as possible to get more clean clothes, started rehearsal the next day and scrambled to find a place to live. It all settled down in the end, but my life was completely changed in the course of 24 hours.

8. When’s the last time you laughed until you cried?
A few days ago, trying to stuff an eight-foot Christmas tree into a subway car and splitting my pants in the process.

9. What TV show have you been obsessed with this fall?
Black Mirror.

10. What was your gateway into musical theatre as a kid?
I was in The Jungle Book Jr. in 6th grade and played the butt of Kaa the snake. Not the most glamorous moment, but I was so proud!

Don't miss Anna Uzele in her posed and beautiful debut as Andrea in 'Once On This Island' at Broadway's Circle in the Square.