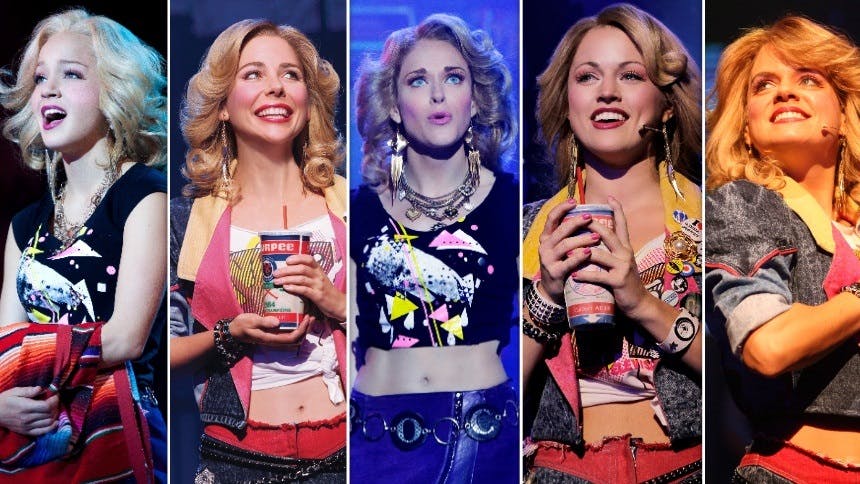 We want to ROCK! Happy Broadway-versary Rock Of Ages. The funny jukebox tuner with the very best 80's music opened on April 7, 2009.

The show, following up and coming star Sherrie on the Sunset Strip of LA is filled with twists and turns, a laugh out loud script and an amazing cast of characters which made it quite the Broadway party at first the Brooks Atkinson Theatre followed by the Helen Hayes. Prior to the shutdown, the musical was keeping the party going Off-Broadway at New World Stages.

The musical will be holding an all-star virtual reunion show Saturday April 24th at 7pm with worldwide members of the Rock Of Ages family. For tickets, visit KCStarlight.com.

Tonight at 8pm (April 7th), Stars in the House will be hosting a virtual reunion episode with Kerry Butler, Constantine Maroulis, Adam Danheisser and Frankie Grande!

In honor of honestly ALL the Rock of Ages things, we are looking at the phenomenal ladies that have played our heroine Sherrie on Broadway. Get ready for some killer vocals.


"I Hate Myself For Loving You" Pronoun Showdown Edition