Hot Clip of the Day: "You Don't Know" How Much You Need To Revisit This Bare Montage 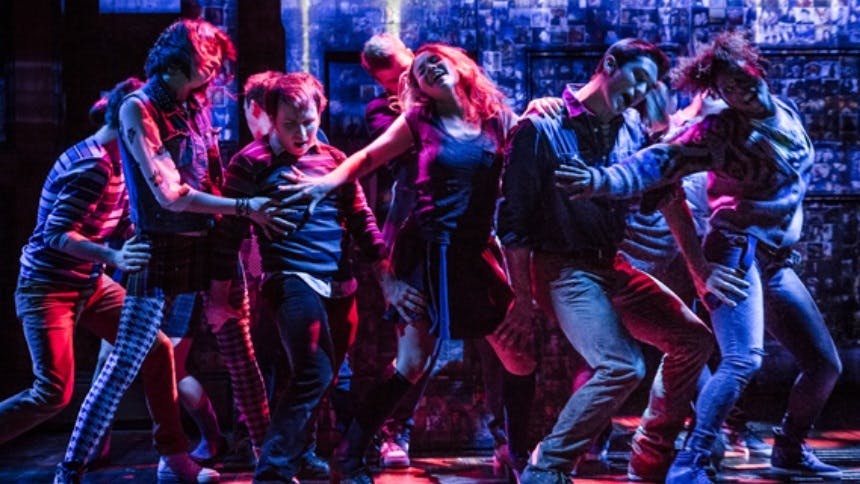 
Ulterior Motives: A week or so ago we asked our Instagram followers what they wanted to see! One of the suggestions? Bare. We were debating whether to choose the iconic 2004 original Off-Broadway pop opera cast with Michael Arden, John Hill and Jenna Leigh Green or the most recent 2012 Off-Broadway revival which we opted for - the musical. The musical zeroes in on the lives of Catholic high school students, their relationships, their struggles, their friendships, it's incredible. With music by Damon Intrabartolo and a book by John Hartmere, the most recent revival was directed by the awesome Stafford Arima. This montage shows us the first act number "Best Kept Secret" a private conversation with Jason (Jason Hite) and Peter (Taylor Trensch), the heartwrenching "You Don't Know" from Nadia (Barrett Wilbert Weed) and Ivy (Elizabeth Judd) and the show's exciting opening number "A Million Miles From Heaven" showcasing Travis Wall's amazing choreography.

Ultimate 🙌 🙌 moment: There are three great songs to choose from from this montage but our ultimate moment was Peter and Jason's duet "Best Kept Secret." We love how Peter confesses his love to Jason at 0:13 - 0:24 on that beautiful melodic moment.

Newer
Hot Clip of the Day: The Astonishing Solea Pfeiffer Has Had An Amazing Five Years!
Older
Diana December! The Royal Biomusical Sets Return Date for Broadway!
Sign up for BroadwayBox Discount Alerts