Hot Clip of the Day: The Astonishing Solea Pfeiffer Has Had An Amazing Five Years! 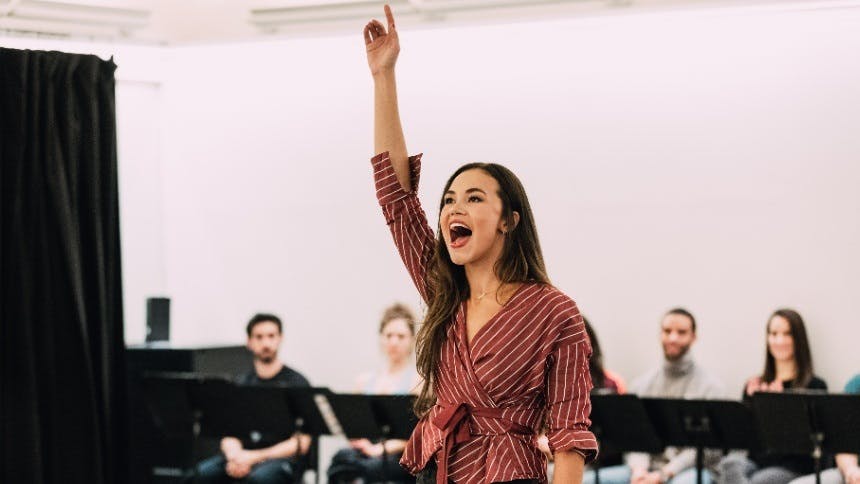 
Ulterior Motives: It's a fresh new week and we are featuring one of musical theatre's brightest new stars, Miss Solea Pfeiffer. Solea, an incredibly talented UMICH grad who has had quite the last five years! She burst on to the scene opposite )Jeremy Jordan as Tony playing Maria in the Hollywood Bowl's 2016 production of West Side Story. After playing Celeste #1 in the New York City Center Gala Production of Sunday in the Park with George, Solea played Eliza Hamilton in the Hamilton National Tour, Sondheim on Sondheim at Hollywood Bowl and back to New York City Center again to the phenomenal revival of Songs For A New World. The year before the Broadway shutdown in 2020, she played the iconic Penny Lane in the world premiere musical adaptation of Almost Famous, Clara in The Light in the Piazza in Chicago and her glorious Eva Perón back at New York City Center in Evita. At the very beginning of 2020, Solea reunited with her Hamilton tour co-star Emmy Raver-Lampman for another world premiere musical at Signature Theatre Gun & Powder.

Ultimate 🙌 🙌 moment: The minute this Little Women popped up in our search results, we could not hit play fast enough. Solea's voice is so gorgeous. What can't she sing!? You know just by listening that she has legit training for days that is allowing her to soar on this contemporary musical theatre style. This song is not easy yet she makes it seem so effortless even adding an awesome riff here and there. Yes the ending is incredible and she absolutely nails that last "astonishing" but our ultimate moment has to go to 2:03 - 2:13. The vocal, the lyrics - we can't wait to see the adventures Solea goes on next!