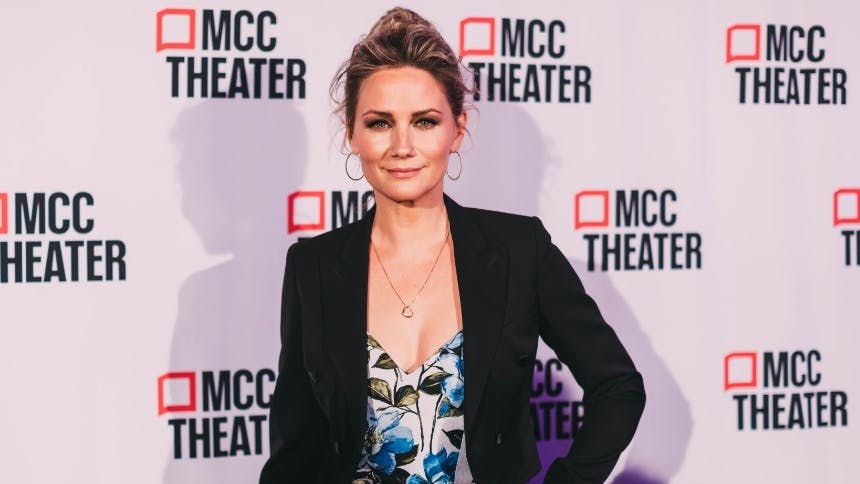 Jennifer Nettles, Broadway vet of Chicago as well as beyond talented music hitmaker, multi-Grammy Award winning singer, songwriter and half of country duo Sugarland is going back to her Broadway experience with her new album!

Jennifer's brand new album Always Like New is out today featuring amazing songs from the American songbook plus some of our favorite Broadway hits from shows like Dear Evan Hansen and Hamilton. Speaking of Hamilton, Jennifer brought on three time Tony Award winning orchestrator Alex Lacamoire (In The Heights, Hamilton and Dear Evan Hansen) to create this album love letter to New York City and the Broadway community. She is a true Broadway baby and has been since a young age. Catch her recent interview with Kelly Clarkson as they discuss their shared love of Broadway and the parallels to country music!


In addition to this brand new album, Jennifer has new Sugarland music being released, a small screen return on HBO's "The Righteous Gemstones" as well as a guest appearance on the June 30th streaming concert Broadway Our Way Live: On An Island in the River alongside the magnificent Broadway Inspirational Voices. The concert will be available to stream for one night only on June 30th at 7pm EST on Broadway.com's YouTube channel.

Song selections on the album Always Like New include personal favorites of Jennifer's and we were lucky enough to hear from Jennifer herself to learn the inspiration behind some select tracks!

"I fell in love with the treatment for this arrangement because we gave it such a Stevie Wonder vibe and it sounds just as romantic as the lyrics reflect."


"It All Fades Away (feat. Brandi Carlile)" (from The Bridges Of Madison County)

"I'm such a fan of Jason Robert Brown and wanted to be able to represent him as a composer since this song is so beautiful, emotional and powerful. When I heard the way this song presented itself, I knew immediately that Brandi Carlile was meant for it. She was the right fit vocally, emotionally and aesthetically and it was something that I thought would be really beautiful for us to do together."

"I was in a high school production of Barnum and this song has always been all smiles and fun for me and on this album it is a refreshing, fun palette cleanser that provides a moment of levity. In a world of not always knowing what is true, I think the idea of the snake oil medicine show is one that is at times painfully current."

"I absolutely love the arrangement we did for this song because we immediately heard this "Blackbird" by The Beatles vibe. The lyrics are super approachable and the meaning behind the song really rings true."

"Annie was the first musical theatre album I ever owned! When recording this song, we went for a complete tone change with this song and gave it more of a haunting, upright sound that was very ethereal. This arrangement really offered a somberness to the song and I think it adds some maturity to it as well."


"You Will Be Found" (from Dear Evan Hansen)

"I'm a big fan of Dear Evan Hansen and especially the moment in the show when they sing "You Will Be Found," because it has such a powerful message behind it. Since this song has an ensemble behind it and I'm just one person, it was super fun to navigate the puzzle of singing all those parts!"

Newer
Hot Clip of the Day: Hey World! "I Am What I Am" Dance Remix Is A Fantastic, Special Creation!
Older
6 Crowd-Pleasing Darren Criss Clips From Elsie Fest Returning to NYC This August!