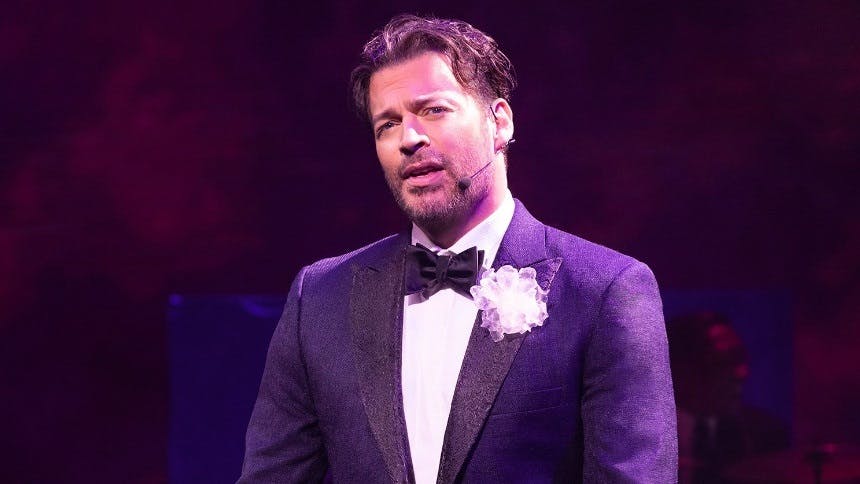 "I Have Dreamed" from The King and I (Carly Simon and Harry Connick, Jr.)


Ulterior Motives: Leapin' Lizards! NBC has found Oliver 'Daddy' Warbucks for their upcoming December 2nd live telecast of Annie Live!. The oh so charming Emmy and Grammy Award winner Harry Connick, Jr. joins Golden Globe winner Taraji P. Henson stepping in to Miss Hannigan's shoes for the December 2nd telecast. In addition to bringing solo concerts of his own to Broadway, Harry starred in the revivals of The Pajama Game in 2006 opposite Kelli O'Hara and 2011's On a Clear Day You Can See Forever

June 28th also happens to be the birthday of one of musical theatre's most famous composers Richard Rodgers. Rodgers created the music for historic titles including Oklahoma!, The Sound of Music, South Pacific, Cinderella, Carousel and the musical this tune is from The King and I with lyricist Oscar Hammerstein II. To bring it more full circle, Harry appeared in the television musical adaptation of Rodgers and Hammerstein's South Pacific in 2001 as Lt. Cable.

Ultimate 🙌 🙌 moment: We found a short and sweet clip that celebrates Richard Rodgers' birthday as well as Harry Connick, Jr.'s return to his musical theatre days. In the clip, Harry duets with music legend Carly Simon on this sweet duet back in 1990! Harry is absolutely swoon-worthy in this performance. Our ultimate moment is absolutely 2:05 - 2:13. Known for his jazz crooner vocals, we love hearing his voice reach up to the balcony with those big Broadway notes.

Newer
Broadway Cast Reunions Galore! Celebrating Stars In The House's $1M Fundraising Mark!
Older
Hot Clip of the Day: Hey World! "I Am What I Am" Dance Remix Is A Fantastic, Special Creation!