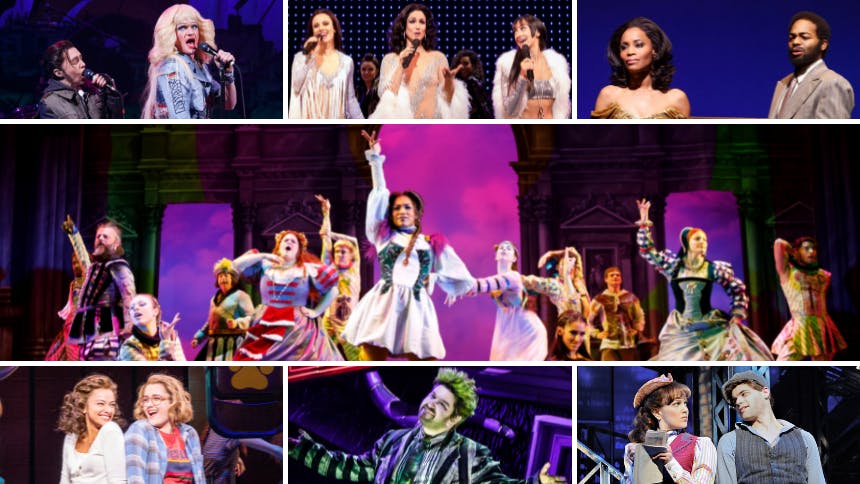 Over the past year plus, we have been singing the praises (and will continue to!) of Seth Rudetsky and James Wesley's extraordinary Stars in the House online series benefitting The Actors Fund.

On June 30, 2021 - the phenomenal series surpassed the one million dollar mark in fundraising with thanks to viewers of the series. The fundraising however does not end! Feel free to donate to continue to support The Actors Fund which is not only for actors. The organization provides assistance to everyone in the performing arts and entertainment industry.

To celebrate this fundraising milestone we wanted to compile all of the Original Broadway Cast reunions for your viewing pleasure over this long Independence Day weekend. Besides the hysterical Game Nights that Seth and James host which are so laugh out loud funny you will want to watch them all, you really truly cannot miss these reunions. Some of the casts haven't been together in a year. Some of the casts haven't been together in two decades. It's so remarkable to hear directly from the casts in this informal setting sharing bloopers, anecdotes, celebrity visits, and the creation/process of opening the show on Broadway. The amount of casts Seth and James have interviewed is absolutely astounding. What an invaluable record of Broadway history. Hearing the cast of The Full Monty absolutely crack each other up, watching Linzi Hateley sing the title song from the short-lived cult classic Carrie, learning more about the journey from the Public workshop to Broadway from the legendary original Broadway cast of A Chorus Line and those are only three highlights!

Cheers to you Stars in the House and thank you for all you do!

The Light In The Piazza

The Mystery of Edwin Drood