Hot Clip of the Day: "Non-Stop" Since 2008! In The Heights Celebrates Broadway Anniversary 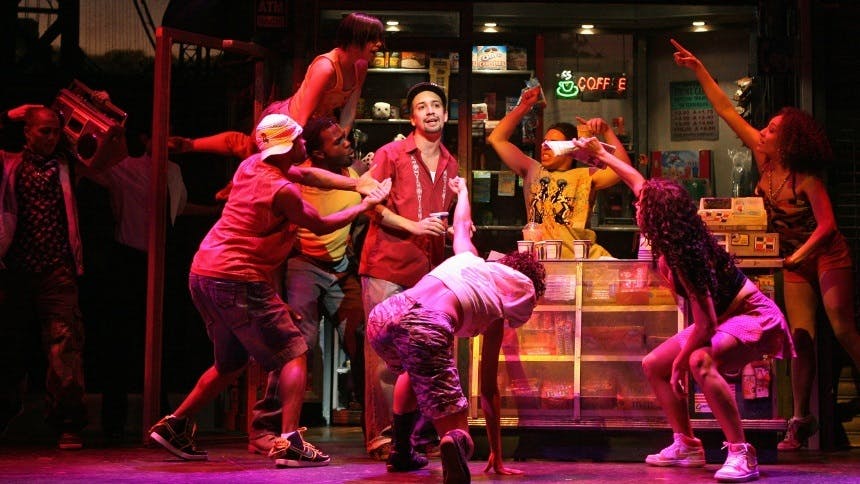 
Ulterior Motives: It's March 9th, a perfect day to pop the "Champagne" in celebration of the opening night anniversary of the Lin-Manuel Miranda scored In The Heights. The musical celebrated its opening night at the Richard Rodgers Theatre on March 9, 2008. The Washington Heights set musical went on to win 4 Tony Awards for not only Best Musical and Lin-Manuel's score but also two trophies for collaborators Alex Lacamoire (with Bill Sherman) for exciting orchestrations and Andy Blankenbuehler for his smooth choreography. Lin-Manuel, Alex and Andy went on to also win the same three awards for Hamilton a few years later! In The Heights featured a starry cast including Andréa Burns, Janet Decal, Robin De Jesús, Mandy Gonzalez, Christopher Jackson, Priscilla Lopez and Karen Olivo. The film adaptation is forthcoming starring Anthony Ramos and we cannot wait!

Ultimate 🙌 🙌 moment: Watching this clip makes us miss this remarkable musical so beautifully capturing Lin-Manuel's love letter to this neighborhood. Lin-Manuel's lyrics! As he did in Hamilton he has a musical theatre easter egg in this title number with an ode to Kiss Me, Kate at 1:46. We also absolutely love the syncopation at 1:54 - 1:57 at "everybody's got a job, everybody's got a... dream!" So good. Our ultimate moment is a FUTURE Broadway Easter Egg at 3:20: "DR to PR we are non-stop" which just so happens to be the title of a certain Act 1 closer of another Lin-Manuel Miranda musical.

Newer
Hot Clip of the Day: Ryan McCartan's The Rocky Horror Show "Once In A While"
Older
"Meant To Fly!" 6 Perfs of The Pirate Queen's "Woman" In Honor Of International Women's Day