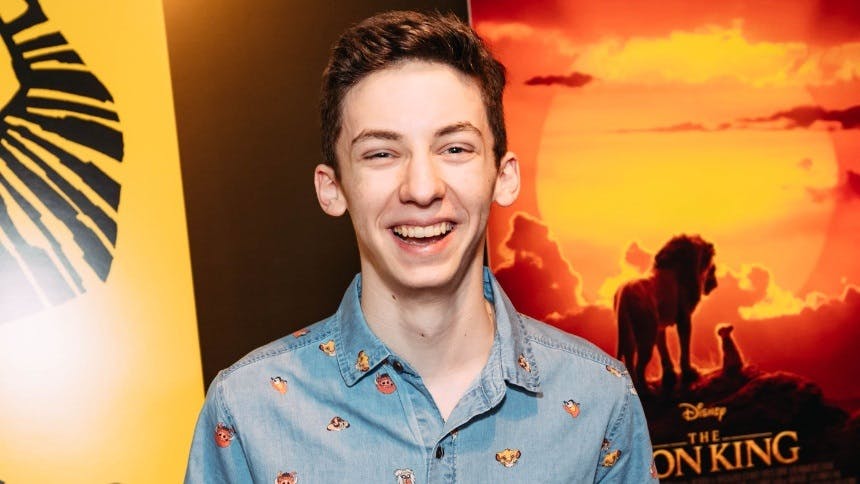 Oh boy! It's no secret that we are such true blue fans to Andrew Barth Feldman most recently of Broadway's Dear Evan Hansen, Ratatouille: The TikTok Musical and High School Musical: The Musical: The Series.

We are so excited for two reasons. One - because we are hours away from the release of Andrew's debut single "Every Pretty Girl" and two - his amazing new Feinsteins/54 Below show Park Map is launching the new streaming series Live from Feinstein's/54 Below this Sunday July 11th at 7pm EST. This event will be live only so mark your calendars! Four of the in-person shows have since been sold-out and we are THRILLED to be able to experience his fandom of the Disney Parks and super vocal talent via this series. Audiences will be able to enjoy his own original compositions including "Every Pretty Girl," some Disney classics and a variety of musical styles.

In anticipation of this World Showcase of his streaming show on July 11th and his debut single - which we sure will make for "a great, big, beautiful tomorrow" (...we had to) - enjoy this magical collection of Andrew covering 9 tunes from the Disney songbook from The Little Mermaid all the way to the recent High School Musical: The Musical: The Series.


"Part Of Your World" (The Little Mermaid)


"In The Big Blue World" (Finding Nemo: The Musical)