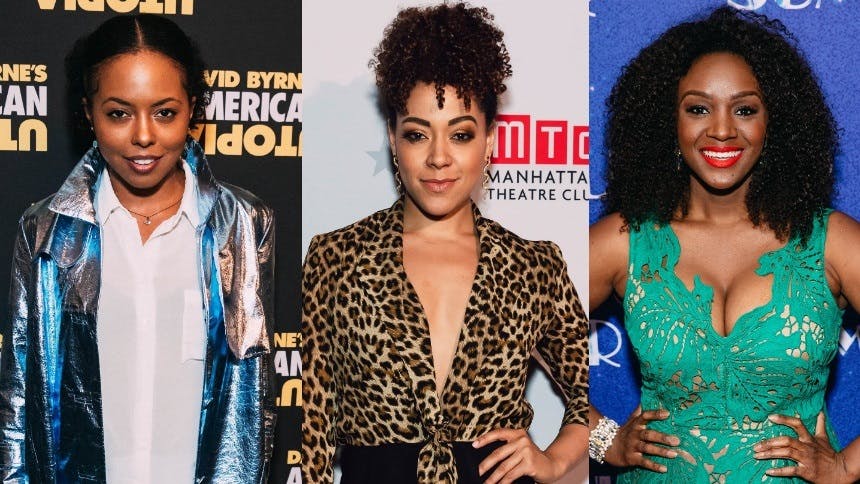 
In most big revivals on Broadway, potentially one principal character is played by a black actor, but these dream revivals feature casts of black Tony Award winners, nominees, and breakout stars.

Next order up in our dreamcast series, we look at the sweet as pie Sara Bareilles scored musical Waitress.


How could we select only one actress to play Jenna? Honestly, we would pay premiums to hear each of these three superstars soar on Bareilles' score. We know all three of them have the acting skills to make Jenna's extraordinary journey so moving, joyful, heartbreaking and hopeful. They could follow in the footsteps of Nicolette Robinson and Jordin Sparks too who starred in the musical's Broadway run.


This casting decision was one of our first! We loved her as Squeak in the recent revival of The Color Purple. We know Patrice could bring her sparkling personality, comic talent and phenomenal vocals to Dawn's quirky role


One of the Six royal queens, it would be thrilling to hear Adrianna's take on "I Didn't Plan It" as the musical's Act Two opener. We also think Patrice and Adrianna would be fantastic diner friends opposite either of the three Jennas.


Jawan's signature rich, deep voice would be a fantastic choice for Cal. True, his character might boss some of the Joe's Pie Diner staff around but we think he would be have so much fun opposite Adrianna as Becky. Especially those comedic moments!


Can they add an additional song for Joe? The remarkable Chuck Cooper would be marvelous as the quick-talking owner of Joe's Pie Diner. He is so versatile and can sing and/or act anything. We think his "Take It From An Old Man" would have audiences leaning in to his incredible performance.


Yes, this former Aaron Burr and George Washington in Hamilton would have a strong presence as Jenna's husband Earl. His "You Will Still Be Mine" would be captivating. As villainous as his character is, his smooth vocals would be glorious on the score.


Anyone who saw Daniel in Passing Strange or The Book of Mormon know that he is an awesome, dynamic, full out performer. He played the super cool Aaron Burr in Hamilton but he can play the super quirky Ogie opposite Patrice's Dawn. His "Never Ever Getting Rid of Me" - we'll be leading the cheering and mid show standing ovation.


We picked another "queen of the castle" for this dreamcast! Based on this clip alone, Brittney is a dazzling performer and we think would be fabulous with Nurse Norma's scene stealing moments and amazing one-liners.