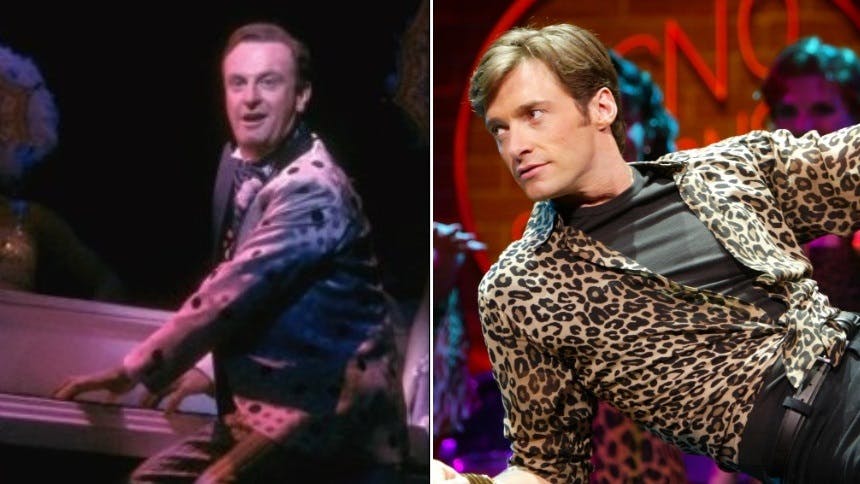 Photo by Martha Swope/NYPL for the Performing Arts, Joan Marcus

February 10th we'd like to celebrate the birthday of the sensational singer/songwriter/entertainer Peter Allen.

While the majority of Peter's career on Broadway consisted of his musical contributions, it was in 2003 when his name was back in lights on Broadway. Hugh Jackman from 2003 - 2004 portrayed the Australian star in The Boy From Oz at the Imperial Theatre. Hugh was giving a tour-de-force each night transforming into the energetic, charismatic, dynamic Peter Allen going on to win Best Actor in a Musical Tony Award. Not to mention a familiar cast of characters in Peter's life including Judy Garland and Liza Minnelli. Who can every forget this clip of the phenomenal Stephanie J. Block as Liza in her "Liza with a Z" days.


The musical featured a score from Peter's own amazing discography as well as his celebrated work with other music icons including Carole Bayer Sager, Burt Bacharach, Christopher Cross, David Foster and Dean Pitchford to name a few. A handful of the tunes were from the score of Peter's final Broadway show for which he also starred, the not so lucky at the box office, Legs Diamond in late 1988.

Often when we see a bio-musical, we love to look up more information about the subject's life and even when available - see them performing the music that appeared in their show. We've done the homework for you!

To celebrate Peter's life, we are looking at Peter's performances of songs that were included in The Boy From Oz's score and their eventual transition following the original Australian production years prior to the Broadway stage.


"When I Get My Name In Lights"

"All I Wanted Was The Dream"

"Best That You Can Do (Arthur's Theme)"

"I'd Rather Leave While I'm In Love"

"Not The Boy Next Door"

"Everything Old Is New Again"

"I Honestly Love You"

"Once Before I Go"